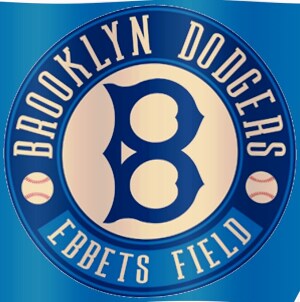 William “Bill” P. Carroll, 78 of Sun City Center, Florida, formerly from Maplewood and Union, NJ passed away peacefully on November 15, 2020, at the Life Path Hospice Sun City Center Hospice House.   Bill was born on March 17, 1942, in Bronx, NY.  He graduated from Mount Saint Michael Academy and later Manhattan College in 1963 with a degree in Marketing. Bill was a member of the Army Reserves from 1965-1971.

Bill worked at Royal Insurance Company in East Orange, Philadelphia, PA and later Florham Park, NJ for many years before he retired from there on his 55th birthday and later retired in 2007 from the Hartford Insurance Company in Rockway,  NJ.  Bill was active in the Catholic Church at Immaculate Heart of Mary Church in Maplewood where he served as the Principal of the CCD program.  He was also involved in the PTA while his daughters were in Elementary School at Seth Boyden School in Maplewood where he served as Co-President with his wife.

Bill will always be remembered for his love of the NY Jets, the Brooklyn Dodgers, and Jeopardy.  Anyone who knew Bill knew he had a love of candy, especially M&M’s, nonpareils, and circus peanuts.  His grandsons will always smile when they remember Papa saying, “dessert is after dinner and ice cream is at 9 pm...remember ice cream is NOT dessert.”  His family will always fondly remember Christmas as they decorate their homes although no one could decorate quite like Bill with his large village and Santa Claus collection.

Bill is predeceased by his parents Joseph and Mary (nee Duffy) Carroll and his sister Joan Bowen.   He is survived by his loving wife of 55 years Mary (nee O’Donnell) and his two daughters Donna (Leroy) Lewis and Geraldine “Gerri” (Ray) Colon both of Kenilworth, NJ.  He also leaves behind his three loving grandsons Michael Goldstein and his partner, Kelli Dios of Clark, NJ, and Aidan and Nicholas Colon of Kenilworth, NJ as well as his step-granddaughter Kelsey (Michael)Towndrow of Mount Kisco, NY. He is also survived by a host of family and friends.

Due to Covid, a graveside service will be held on December 12, 2020, at 11:00, am at Fairview Cemetery in Westfield, NJ with arrangements overseen by Galante Funeral Home in Union, NJ.

To send flowers to the family or plant a tree in memory of William Carroll, please visit our floral store.