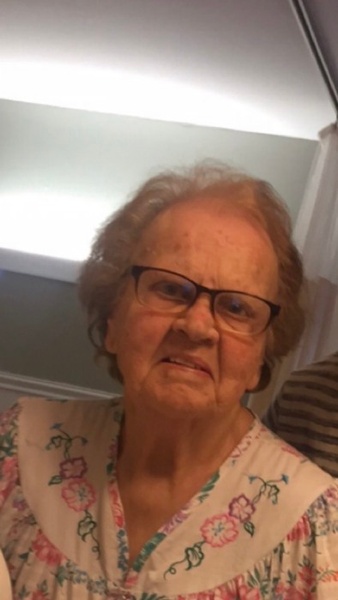 On December 18, 2020, Yanoula “Jennie” Angelis (nee Karambella), 91, passed away peacefully at her home in Union, New Jersey. Jennie was born on March 31, 1929 in Greece, where she grew up before she immigrated to the United States in her early 20’s.

Jennie was a loving wife, mother, and grandmother. She was affectionately known as Yia Yia to her two grandchildren and even their friends. Jennie was predeceased by her husband, Nicolas Angelis, cherished daughter Mary Ann Damplias, and younger brother John Karambellas. Jennie is survived by her children Elias Angelis and his life companion Karen Macanka, her son John Angelis and his wife Stephanie Angelis, her two sisters Demetra Kolokouris and Anastasia Mastakouris, and many nieces and nephews. Jennie is also survived by her adored grandchildren, Sophia Fazio and her husband Vincenzo Fazio, Emmanuel Damplias and his fiancé Karina Vazquez.

Jennie was full of life. Always smiling, dancing and having fun. She enjoyed listening to Greek music, completing word puzzles, going for drives, and laughing with her family. She loved cooking traditional Greek dishes and maintained a beautiful vegetable garden. Everyone loved eating her delicious tomatoes. Jennie was an incredibly strong woman and a true matriarch. She played an important role in helping raise her grandchildren and was so looking forward to the birth of her first great-grandchild in January.

To order memorial trees or send flowers to the family in memory of Yanoula Angelis, please visit our flower store.