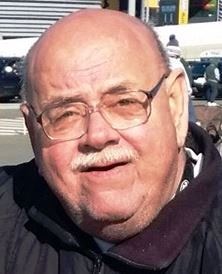 passed away on July 7, 2020.
Born in Miami Florida, Bill grew up in Palisades Park NJ, later moving to Edison, NJ, and most recently Jackson, NJ.

Bill dedicated his career to the Merchandising business,

where he spent 25 years at Twin County Grocers in Edison, NJ.

Bill was a proud 50-year New York Jets season ticket-holder, enjoying many years of tailgates and games with his sons, daughter, brother-in-law, son-in-law, cousins, friends, and later, his grandchildren.

Bill was a long-time active member of the UNICO Italian-American club, a philanthropic organization focused on “Service Above Self.”  He held numerous senior leadership positions in the club, including Chapter President of the Clark, NJ chapter, and the New Jersey District 10 Governorship.

Bill is survived by his beloved wife of 50 years, Josephine; his son William Hearon, his son and daughter-in-law Scott and Tracy Hearon, his daughter and son-in-law, Nicole and Michael Lamendola, his grandchildren Reese, Chase, Michael, Marco, Matthew and Christian, as well as many loving cousins, nephews and friends.

To order memorial trees or send flowers to the family in memory of William Hearon, please visit our flower store.