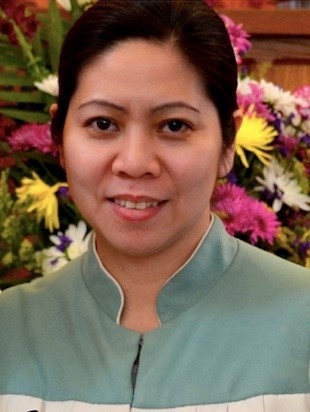 Vivian Calabano Beltran Garcia, age 47, passed away on Monday, August 3, 2020. She was born on November 16, 1972, in Lucena City, Philippines to Fidel and Loreto Beltran.

Vivian prided herself by dedicating her life in being a devoted wife to Bernard Garcia and a loving mother to her twin daughters, Christine Bernadette and Vivien Christine for 25 years.

Vivian graduated with her Bachelors Degree in English from Sacred Heart University, Lucena City, Philippines. From there, she was blessed with a coveted position in the major telecommunication company PLDT in Manila, Philippines. It was in Manila, on New Years Eve 1994, where Vivian boarded a bus bound for Lucena City and the last empty seat was offered by a Bernard Garcia who became the love of her life. Vivian and Bernard were married in Templo Central of Iglesia Ni Cristo (Church of Christ) and then blessed with twin daughters, Bernadette and Vivien. Shortly after, Bernard was offered an IT position in New York City USA. The following year they immigrated to the United States and first settled in Clark, NJ as well as the locale congregation of Elizabeth, NJ. Vivian was a devout Christian who faithfully performed her duty as a choir member all while supporting Bernard and all of his duties in the church. Together with their children, Vivian and Bernard cultivated their life around church while also building their careers and raising their children in the faith. Vivian served as her husband’s inspiration in his career and IT innovations. She was her children’s role model in their educational pursuits, successes, especially in love for God and for others.

Throughout her entire life, in every endeavor, Vivian’s innate kindness effortlessly touched the hearts of everyone she came across. She is an unforgettable gift. Wherever life carried her, by God’s will, Vivian thrived with such grace and led by example.

Vivian will be truly missed and forever cherished. She is survived by her husband, Bernard, and her twin daughters, Bernadette and Vivien. As well as her mother, Loreto Beltran, and her siblings, Christina Abrigo, Albert Beltran, Sheila Garcia, and Jennifer Rubio along with their spouses and children.

There will be a viewing on Monday 10-12pm at Galante Funeral Home in Union, NJ with the interment right after. Everyone present may follow us to the burial place at Graceland Memorial Park, Kenilworth NJ.

Guests are reminded to wear a mask and maintain social distancing, also to follow government capacity limits while inside the funeral home .

To order memorial trees or send flowers to the family in memory of Vivian Garcia, please visit our flower store.