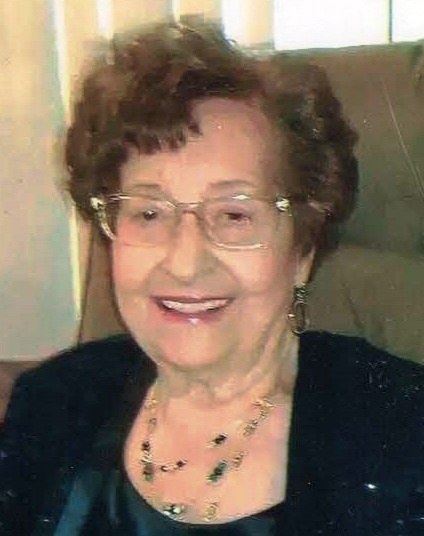 who always put her family above all else, passed away on

Relatives and friends are kindly invited to attend a visitation at

A Funeral Mass will be celebrated at Holy Spirit Church in Union at 9:30 a.m. Monday, March 25,

with interment to follow at St. Gertrude’s Cemetery in Colonia.

Born in Italy, in Gioia Tauro, Calabria, Vincenza arrived in the United States in 1953

and lived in Elizabeth for many years before moving to Union.

She raised two children and lovingly cared for her seven grandchildren,

whom she doted on with her famous chicken cutlets and mouth-watering meatballs.

She had a great sense of style, a big personality and loved her family fiercely.

She was the  beloved wife to the late Giovanni Stillitano for 54 years,

Vincenza was pre-deceased by her mother and father,

the late Grazia Germano and the late Matteo Strangio,

She is survived by three sisters, Domenica Timpano of Elizabeth,

and Rosetta Guardavalle and Neve Strangio, both of whom live in Italy.

She also leaves behind her devoted daughter, Maria Fabiano, her son-in-law, Felix Fabiano,

Rest in peace. We love you.

To order memorial trees or send flowers to the family in memory of Vincenza Stillitano, please visit our flower store.