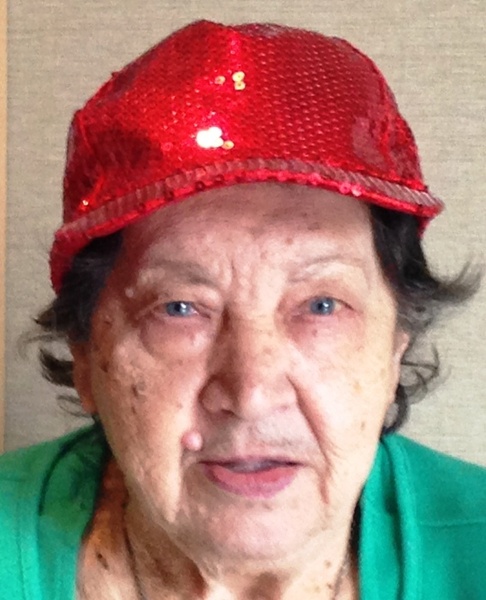 Vincenza “Enza” Parisella, born in Fondi Italy, came to America in 1955 at the age of 29.  Traveling alone, she was originally scheduled to sail on the Andria Doria, but thankfully decided at the last minute to take an airplane instead.  She had only 1 family member here in America, her mother’s brother Frank Feula, and she stayed with him and his family in East Orange.

She found a job as a seamstress in Newark. She became an accomplished seamstress and fashioned all types of beautiful clothes and wedding dresses.  While living with Uncle Frank, she met the Lemongello family who lived on the first floor and was introduced to her future husband, Joseph Lemongello.  When he met her, Joe said “I’m going to marry her one day” which he eventually did on September 22, 1957.  Together they had 2 children, Diane and Joe.

The family moved to Union in 1963 and lived there many years.  Unfortunately, Joseph passed away in 2009 at the age of 80.  Enza ultimately moved to Hillsborough in February 2018 to be near her daughter.

Enza’s story is the dream of many people coming to this country.  Arriving as a refugee, she eventually became a citizen, was a co-owner of the famous Casa Mia Pizzeria in Irvington, had a family and made friends.  This was her version of the “American Dream”.

The funeral is from the Galante Funeral Home, 2800 Morris Avenue, Union, NJ on Thursday at 9 am.

A Funeral Mass will be celebrated at St. Joseph Church in Maplewood at 10:30 am.

Interment to follow at Hollywood Memorial Park in Union.

Visitation is on Wednesday from 3 to 8 pm.

Beloved wife of the late Joseph; Loving mother of Joseph and his wife Denese, and Diane Varzal and her husband Jim; Sister of Michael and Ben; Grandmother of Erica, Domenic and Alex.

To order memorial trees or send flowers to the family in memory of Vincenza Lemongello, please visit our flower store.