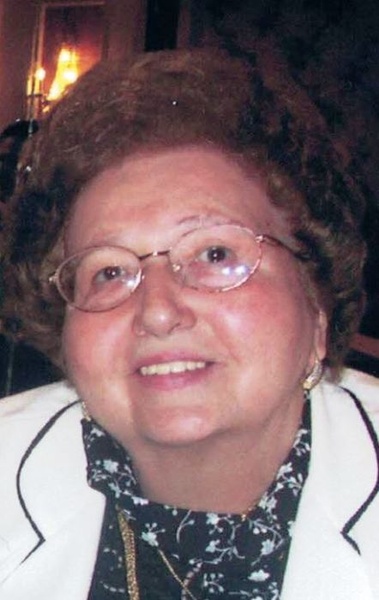 Ursula “Tootsie” Ceberio was born January 29, 1933 in NYC. She peacefully passed into the waiting arms of her beloved husband, Robert Ceberio, on August 28, 2019 in Haskell, NJ. Robert’s passing in 2001 left a huge hole in her world, from which she never fully recovered.

Tootsie grew up in the Bronx. She was a social butterfly and loved to spend time with her many friends at her parents’ house parties in the Bronx. As a teenager, she was part of the Basque Youth Dancing troupe that performed throughout New York. Her efforts to keep the Basque culture alive passed from her father to her to her children and now to her grandchildren. Tootsie would accompany her father on hospital visits to Basque people he knew had no family; this is how and where she first met Robert, when he spent several months recovering from a spinal fusion surgery at the Merchant Marine Hospital on Staten Island. The sparks were ignited after he visited the family home a few years later. Theirs was an epic love story that lasted for 49 years, until his death. Although born in the United States, she was truly at home in San Sebastian, Spain, Robert’s hometown. She loved everything about “San Se,” which she visited many times, especially Robert’s family—his sisters, nieces, and nephews.

Tootsie loved to dance and was always happy when she was at one of the many social events held by Club España, where she was a member of the Woman’s Auxiliary. Her standing “beauty parlor” appointments every Saturday morning were sacred, the “social media” of her day. Tootsie was known for remembering everyone’s birthday by sending a personalized card. A character, she loved dressing up in her suits and donning nearly every piece of jewelry she owned—all at once!

Tootsie was predeceased by her mother, Elvira (née Modena) Rodriguez, her father, Agustin “Erandio” Rodriguez, and her own infant daughter, Maria Louisa Ceberio. She is survived by her son and daughter-in-law, Robert and Carol Ceberio of Wayne, NJ, her daughter and son-in-law, Elena Ceberio and Tony Quartararo of Raleigh, NC. She loved her many grandchildren, Matthew and Jodi Ceberio, Luke and Trish Ceberio, Katherine Ceberio and Beñat Quartararo, and two greatgrandchildren, Destinee Ceberio and Julian Ceberio. She is also survived by her sister and brother-in-law, Gloria and Alphonso Lopez, and nephews and nieces both in the United States and Spain.

To order memorial trees or send flowers to the family in memory of Ursula Ceberio, please visit our flower store.