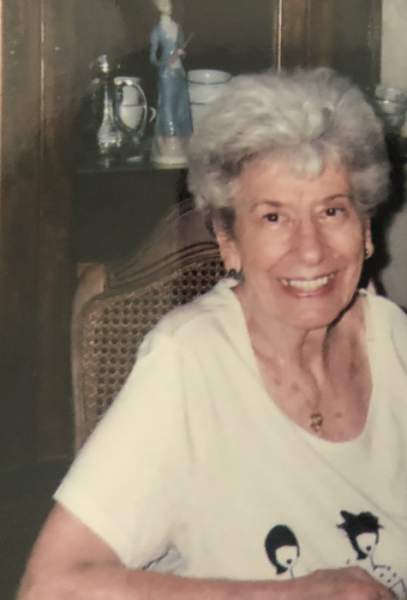 Theresa (Terri) Rufolo, 89, of Westfield passed away on Friday, August 16, 2019, at the Center For Hope Hospice in Elizabeth. The funeral is from Galante Funeral Home, 2800 Morris Avenue, Union, on Tuesday, August 20 at 11:00 am.  Interment is in Hollywood Memorial Park in Union.  Visitation is Monday from 5-8 pm. Born in Newark, Terri lived in Westfield for 19 years.  She was a Surgical Fitter who worked for Galloping Hill Surgical in Union before her retirement.  Terri was also a professionally trained singer during her youth singing with various bands, and even making an appearance on the Arthur Godfrey Radio Show.  Her friends knew she could always be found with a microphone in hand, singing locally in her 70’s and even her early 80’s. Terri was married to her late husband Phil Rufolo, for 25 years before his death in 1985.  She was the mother of Joyce Rufolo-Prior, and the Grandmother of Morgan, Colin and Aidan Prior.

Our song bird will be missed.

To order memorial trees or send flowers to the family in memory of Theresa Rufolo, please visit our flower store.