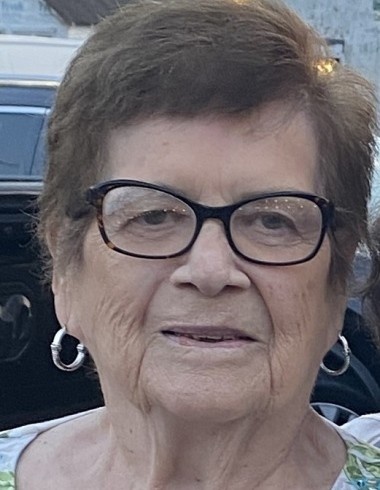 Teresa McGrath, 85 of Summit, passed peacefully on Thursday, February 10, 2022; she was surrounded by her loving family. Anyone who knew her knew that she was the strongest woman with the biggest heart. She was the perfect combination of strong and loving.

Born in Newark, NJ and formerly of Irvington, Union and Whiting, she had resided in Summit for the last year.

Terry worked as a waitress at several places, mainly Maplewood Country Club. While living in Whiting, she enjoyed playing dominos and taking walks with her friend Kay  Vella.  A devoted Catholic, Terry never missed a mass.

Terry is survived by her three beloved children, Patricia Szabo of Woodbridge Twp., Maureen Roland and her husband Robert of Summit, and Daniel P. McGrath of Summit.

Her grandchildren, Matthew Szabo and his wife Julianne of Long Valley, NJ, Ryan Szabo of Woodbridge Twp., Megan Szabo of Philadelphia, Danielle Stabler, her husband Ryan, and their children, Ryan and James, of Union, Jess Roland and her fiancé Bobby Frega of Waldwick, and Matthew Roland, his wife Arielle, and their son, Asher, of Springfield; and her great-grandson, William Alfred Szabo. She was loved and revered by numerous nieces and nephews.

In lieu of flowers contributions in Terry’s memory may be made to St. Jude’s Children’s Research Hospital.

To order memorial trees or send flowers to the family in memory of Teresa McGrath, please visit our flower store.