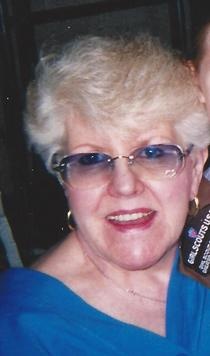 Rose Smith, 80 of Caldwell passed away on January 14, 2018 at Daughters of Israel in West Orange.

Funeral is from the Galante Funeral Home, 54 Roseland Ave. Caldwell on Wednesday at 9:30 AM. A Funeral Mass will be celebrated at St. Aloysius Church, 219 Bloomfield Ave. Caldwell at 11 AM. Interment will follow at Gate of Heaven Cemetery. Visitation is on Tuesday from 4-8 PM at the funeral home.

Born in Newark, Rose was a longtime resident of West Orange before moving to Caldwell 15 years ago. She worked at Stern's Department Store in West Orange, at Ginny Dunkel Pool in West Orange, and as a crossing guard throughout the years; but was primarily a loving mother and grandmother. She also enjoyed caring for her cats, and for all animals; as well as spending time with her friends at Marian Manor.

Rose was the beloved wife of the late Fred Smith; loving mother of Frederick, James and David Smith; dear grandmother of Sarah, Frederick and Rosie Smith; and sister of Jerry Cole, and the late Evelyn, and James Arnold.

To order memorial trees or send flowers to the family in memory of Rose Smith, please visit our flower store.