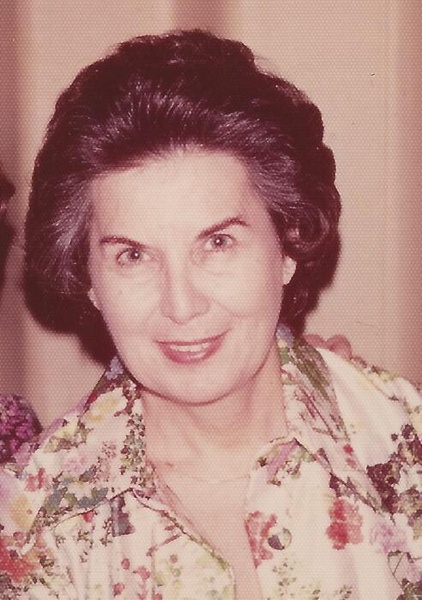 The Webster dictionary defines the word, dedicated as "a feeling of very strong support for or loyalty to someone." Rosa Montemurro easily defined the word, dedicated, because for her entire life she was committed to her brothers and sister, then her husband and his parents and next, faithfully devoted to her two children. She also possessed unwavering care and love for the children she took care of for many years.

Rosa Montemurro was born May 21, 1922 in Los Angeles, California to Anthony and Carmela Juliano. She was one of four children with a sister, Ida and brothers Joseph and Carmelo.

When her parents died at relatively young ages, Rosa helped her sister and brothers keep the family stable and secure. She was resolute in her responsibilities towards her family, leaving high school early to work and fulfill her functions at home. In retelling the many stories of those challenging years, she never once complained or regretted having to sacrifice so much. Rosa expressed that she loved the fact she could help keep her family together and to her, those were years of togetherness, happiness and love. Love was the family's strongest bond and Rosa played a major role in maintaining that affection among her siblings.

Rosa married Joseph Montemurro on September 14, 1947 in Los Angeles, California, and settled back East in Newark, New Jersey where they had two children, James in 1951 and Teresa, born two years later.

Rosa took great pride in later years in her work caring for children for two decades, namely Kate, Matt and Peter Boardman, Stephen Radocha, Ted Nathan and Julian Lee. She sometimes worked seven days a week, but again, she would never regret a second of her life. In fact, she cherished every moment in nurturing them and helping their families. To this very day, those grown children praise her and remember the joyful and virtuous teachings she brought into their lives and of course, the marvelous meals that she provided.

Her love of her home, the state of California, permeated throughout her life. We will surely miss the stories of "vintage Los Angeles," and her ventures to Hollywood to attend and scream behind the ropes of movie premieres. One especially, "The Wizard of Oz" where she saw Judy Garland, Mickey Rooney, Clark Gable, Lana Turner, Joan Crawford, Randolph Scott, Tyrone Power and so many more. She kept an extensive list of all the stars she saw in her autograph book.

Rosa is predeceased by her husband, Joseph Montemurro, brothers Joseph and Carmelo Juliano and her sister Ida Glaviano who just recently passed in December at the age of 103. Surviving are her loving children James Montemurro (Susan Montemurro), Teresa Montemurro, and the grandchildren she adored, Lauren and James Montemurro.

Rosa was devoted to St. Jude and donations may be given in her memory to the St. Jude Children's Hospital. A Memorial Mass will be held at St. Catherine of Siena Church in Cedar Grove on May 21, 2021 at 11 AM, and her ashes will be interred at Forest Lawn Cemetery, Covina, California.

To order memorial trees or send flowers to the family in memory of Rose Montemurro, please visit our flower store.