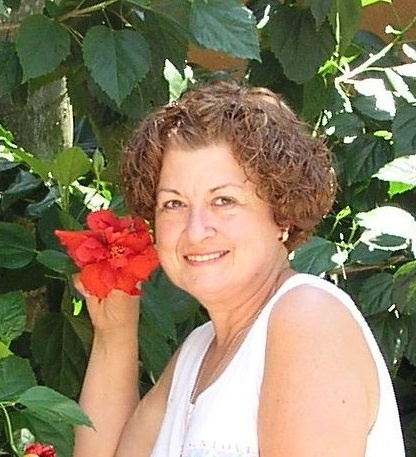 A Memorial Mass for Rosa will be celebrated in the near future, with details to be announced.

Born in Havana, Cuba, Rosa moved to Spain in 1966, and immigrated to Newark in 1968. She settled with her loving family in Union in 1979, residing there ever since. She worked for St. James Hospital in Newark in their medical billing department for 12 years until her retirement. Rosa enjoyed her work as a folk dancing instructor at Centro Orensano in Newark. She taught the Galician Folk Dance, which she proudly learned in Havana at Centro Gallego. An avid gardener, Rosa knew her plants very well, and enjoyed trips to the NJ Botanical Gardens in Ringwood with her children. She never tired of learning more about plants, especially how to care for them, nourish them, and have them flourish. Rosa also appreciated exotic birds, and treasured trips taken with her loved ones to Disney World, especially to the Magic Kingdom.

Rosa was the beloved wife of 49 years to Manuel E. Mendez; loving mother of Victor Mendez and his fiance Ivy O'Connor and Marcos Mendez; dear sister-in-law of Enrique Mendez, Aurea Amorin and Rosa Lake. She is also survived by many loving nieces and nephews.

To order memorial trees or send flowers to the family in memory of Rosa Mendez, please visit our flower store.

Memorial Mass at a later date