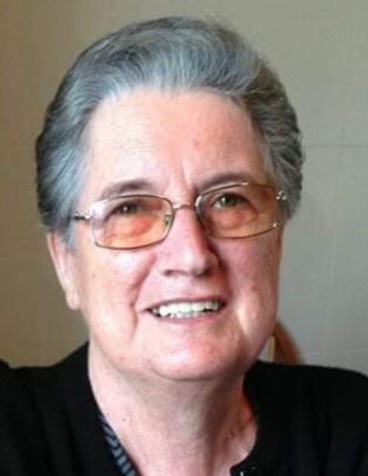 It’s with great sadness, and hearts full of love, that we announce the passing of Rosa Paz Iglesias, aged 75 yrs young – beloved wife, mother, grandmother, sister, aunt and godmother- who in the twilight hours of Saturday, 22 of August 2020, peacefully left this earthly bounds with her family by her side.

Rosa was born on the 24th of July 1945, in a little island off the northern coast of Spain called Isla de Arosa, which she always kept close to her heart, even after setting off to the new shores of the United States with her husband Manuel and their two sons, Jose and Juan. Rosa was a driven woman, full of life and an undeniable Galician grit.

She was a seamstress extraordinaire, both at work and at play, not a Halloween went by when her granddaughters’ homemade customs weren’t the talk of the town. She was a plant whisperer as well, breathing life into the most desperate of cases short of a dead stick.

She was a force to be reckoned with during card nights, if her careful plays didn’t get you, her grandmotherly guilt trips certainly would. But when life dealt her a bad hand, she faced it with grace and dignity, and summoned the courage of Amazon warriors that we could only aspire to.

Most importantly of all, Rosa was a beloved matriarch, the glue that held - and still holds – her clan together. She is now our true northern star, whose light will guide us forward.

Rosa joins her mother Maruja Iglesias Barros and her father Jose Paz Marino, and watches over her husband Manuel Muniz Paz, her sons Jose and Toni, her granddaughters Kathrina, Jasmine and Nicole, her daughters in law Louise and Lorena, her brothers and sisters, Cipriano, Gaspar, Antonio, Benito, Carmen and Lola; numerous nieces and nephews and an extended family that she so fiercely loved.

In lieu of flowers, any tributes in Rosa’s memory can be made to St. Jude Children’s Research Hospital.

To order memorial trees or send flowers to the family in memory of Rosa Iglesias, please visit our flower store.