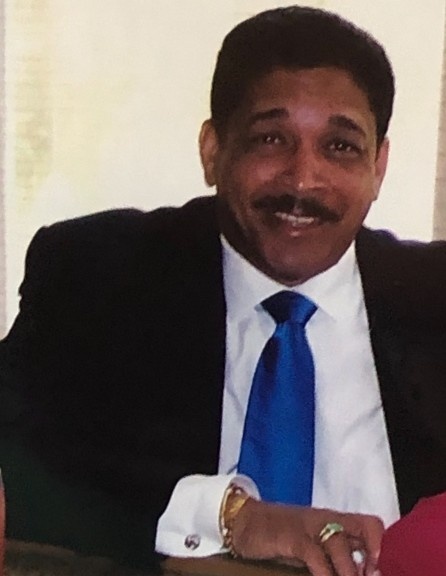 Ronald George Whiteman was born May 20, 1949 in Siparia, Trinidad and Tobago to Lennox (deceased) and Barbara Whiteman. Ronald was the eldest of seven children.

As a youth, growing up in Arima, Ronnie was recognized as a high-spirited, happy youngster. He grew into a young man that didn’t shy away from responsibility. In 1970, he married his wife, Kathleen Sandra Soogrim and embraced the role of husband and father figure to her siblings.

In 1980, Ronnie came to the USA with Kathleen and his three children, following through on his plan to achieve the “The American Dream.” He took over Carter Contracting Co. Corp. and developed it into a well-established endeavor. Ronnie’s work can be found in numerous places, such as the South Orange/Maplewood Board of Education, Jersey City Medical Center, and all the way to NY/NJ Port Authority. He took pride in his ability to provide for his family, be available to help a friend and enjoy his life. Up to the time of his passing, Ronnie continued to work, since that was his way.

In his free time, Ronnie enjoyed spending time with his family, extended family and friends. He found enjoyment in traveling to Trinidad for Carnival and the Parang season. He participated in Brooklyn Labor Day with his troupe, All Stars. He enjoyed his music; a good drink and whatever company was with him at the time.

In Ronnie’s lifetime, he touched many people. It is known to anyone who was in his presence, they may have entered a friend, but left as family. Ronnie will be truly missed by those whose lives he touched. He leaves behind his mother, Barbara and his wife, Kathleen. He was a dedicated father to his children Stacie, Christopher and Michaela, along with his son-in-law Shaun. His joy came from his time spent with his grandchildren Jessica, Nikolaos, Ronnie, Andreas, Bailey, Jameson and Michelle.

He is also survived by his Aunt Merle and Uncle Clyde, his siblings, Allison, Gail, Neil, Stephen, Peter and Barry, his brothers in-law Arthur and Ruthven, and his sister in-law Michelle; as well as his many nieces and nephews. Ronnie had a host of friends that he held near and dear. His laughter, humor and zest for life will truly be missed.

Due to current restrictions, funeral services are private, in the care of the Galante Funeral Home in Union. A memorial gathering will be celebrated at a later date.

To order memorial trees or send flowers to the family in memory of Ronald Whiteman, please visit our flower store.