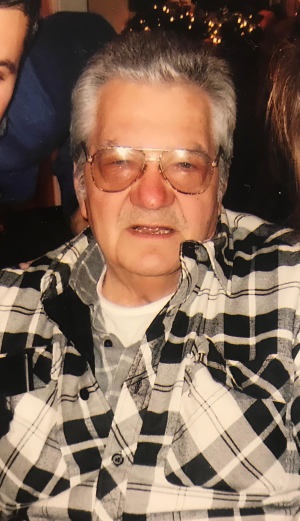 Robert is survived by his wife Marianne (nee Gambrino) after more than 50 years of marriage. He leaves behind his son, Robert Klier (Lina) and his daughter Jacqueline Petruzzelli (Louis). His grandchildren; Victoria, Louis, Anthony, and Bobby. He was predeceased by his parents and his brother, Franklin.

Born in Paterson NJ, the son of Franklin and Mary (nee Skladowski) Klier Sr., he lived in Paterson and Newark before settling in Union in 1975.

Nothing was more important to Robert than his family, especially his children, grandchildren, and dog (Sonny). Aside from spending his Saturdays at the racetrack, he enjoyed watching old films, teaching his grandchildren about history, and listening to Johnny Cash.

Funeral from the Galante Funeral Home, 2800 Morris Avenue, Union NJ on Thursday at 9:00AM. Funeral mass on Thursday at St. Michaels Church in Union at 10:15AM.

In lieu of flowers the family prefers donations to his grandson’s (Bobby) school, Garden Academy Excellence in Autism Education, using the link below.

To order memorial trees or send flowers to the family in memory of Robert Klier Sr., please visit our flower store.