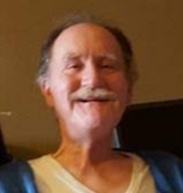 Richard was born and raised in Newark, NJ.  He entered the United States Army in 1976 and served as a Radio Operator in Germany.  Through the years, he was employed as a truck driver and had the mouth to prove it.  He was the most amazing father to his two daughters.  He will be missed very much.

Visitation will be held at Galante Funeral Home (2800 Morris Ave., Union, NJ) on Thursday, November 21, 2019 from 11am-1pm.  The funeral will immediately follow at 1pm at the funeral home.  There will be a private cremation.

In lieu of flowers, donations in his memory may be made to Battle Borne (P.O. Box 366, Center Valley, PA 18034, http://wearebattleborne.com, All donations should be made on the website on the donations link).

To order memorial trees or send flowers to the family in memory of Richard Ptaschinski, please visit our flower store.