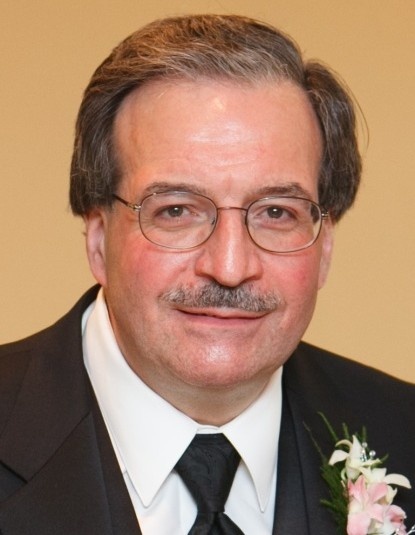 Relatives and friends are kindly invited to attend a visitation for Rich at the Galante Funeral Home, 2800 Morris Ave. Union on Monday May 24 from 2-4 & 7-9 PM. A Funeral Mass will be celebrated at St. Joseph's Church in Maplewood on Tuesday May 25 at 10:30 AM. Burial will follow at Hollywood Memorial Park in Union.

Born in Newark, Richard grew up in the Ironbound section of Newark until moving to Union in 1965. A graduate of Our Lady of Mount Carmel Grammar School and Union High School, Rich attended the University of Minnesota and graduated with a Bachelor of Science degree, with a major in Mortuary Science in 1973. He worked with his family as a third generation funeral director for the Galante Funeral Home in Union his entire life. Rich was very active and well loved in the Township of Union. A longtime member of the UNICO Club in Union, Rich was a member of the Columbia Italian-American Club, Knights of Columbus, Springfield #5560, the Union Democratic Club and the Elks, Union Lodge #1583. Rich was also the Chairman of the Union Zoning Board of Adjustment, and a former member of the Union Board of Education.

Rich was also very active with his colleagues in funeral service as a member of the New Jersey State Funeral Director's Association, and of the Essex, Union and West Hudson Funeral Directors Association, of which he served as its President from 1997-1998. Co-Founder of the "43 Club", Rich was the longtime food and beverage coordinator; members looked forward to the consistently excellent menus he arranged for the monthly meetings. He also took great pride in guiding its future Presidents throughout their journeys to leadership. Rich also proudly served as the President of the State Board of Mortuary Science, appointed by former Governor Jim McGreevy.

Rich was a dedicated funeral director, and compassionately guided many families through their darkest days. Even throughout the COVID-19 pandemic, Rich never stood down, and never abandoned his post.

A devoted family man, Rich was happiest watching a New York Yankee game, with a glass of fine scotch, a delicious meal, and in the company of his loving wife, children, and especially his grandchildren.

The son of the late Richard J. and Phyllis (nee Perrelli) Galante, Rich was the beloved husband of Libby (nee Katz) Galante; loving father of Richard Galante and his wife Melissa and Joanna Glaser and her husband David. He was the adoring grandfather of Benjamin, Nicholas and Brooke; and dear brother of Donna Galante and her partner Cindy Stoller. He was the brother-in-law of Howard Katz and his wife Susan, Pat Katz, and the late Robert Katz. He is also survived by many loving nieces, nephews, cousins and friends.

In lieu of flowers, donations in his memory may be made to The Melanoma Research Foundation, www.melanoma.org.

To order memorial trees or send flowers to the family in memory of Richard Galante, Jr., please visit our flower store.