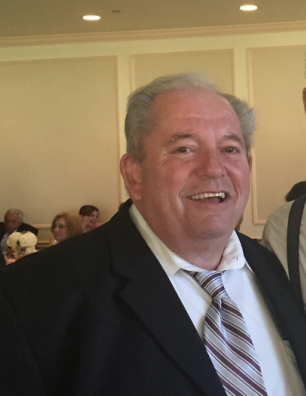 Ray was born in Manhattan on August 12, 1949, to Raymond and Helen Williamson. He attended Holy Cross Elementary School where he was a member of the Boy's choir. After moving to Union, NJ in January 1963, he attended Burnet Middle School and graduated from Union High School in 1967.

Ray was a devout catholic and a proud veteran of the Vietnam War, working as a Company Clerk Stationed in Fort Dix, New Jersey.

Ray was known to be a loving and caring individual that was always quick to tell a joke or funny story and had the ability to put a smile on everyone's face when he entered a room.

Ray was married to the late Lorrie (nee Purcell) Williamson. He is survived by his son, 2nd Lt. Raymond P. Williamson, and stepdaughter Jennifer Freese. He is also survived by his sister Lois Scanio and her husband Richard Scanio, nephews Michael and his wife Shannon, Thomas and his wife Jen, two nieces Karen and Elizabeth, and three grand-nephews, Joseph, Tom, and T.J. He is predeceased by his parents Raymond and Helen Williamson, and brother James Williamson.

*A donation can be made in Raymond's honor to The Wounded Warrior Project* . http://www.woundedwarriorproject.org/contact-us/new-york-city.aspx

Family and friends are invited to attend a visitation for Raymond on Tuesday June 14, 2022 from 4-8 PM at The Galante Funeral Home 2800 Morris Avenue, Union

Funeral from The Galante Funeral Home on Wednesday June 15 at 8:30 AM

A Funeral Mass will be celebrated at St. Agnes Church in Clark at 9:45 AM on Wednesday June 15.

To order memorial trees or send flowers to the family in memory of Raymond Williamson, please visit our flower store.