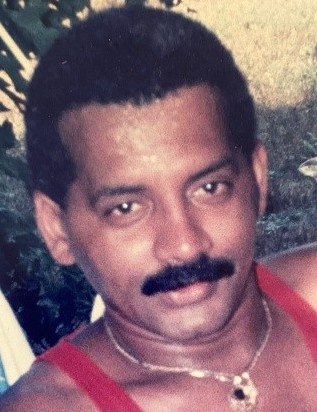 Rafael A. Lantigua, 66, went to be with our Heavenly Father on Saturday, February 20th at Rutgers University Hospital in Newark, NJ.
Rafael is lovingly remembered by his children, Rafael A. Lantigua, Dylan A. Lantigua, Brianne A. Lantigua, grandchildren, Avery A. Lantigua, Miael Muhamed, sister, Miriam Chang, nieces, Christine Chang, Gina Jelinski, nephew, Christian Chang, and sister-in-law, Jazmin Felder, and Brother in law Miguel A. Candelaria Jr.
Rafael was born in Santo Domingo, Dominican Republic on July 19, 1954. He traveled to the United States at age 12, making his first home in Jersey City, New Jersey. He graduated from William L. Dickinson High School in 1970.
He worked for decades as a distinguished salesman, regularly receiving the Salesman of The Year Award.
Rafael had a vibrant, humorous, joyful, and warm personality. He loved people and he loved life. He enjoyed basketball, bowling, and cooking for friends and family. His loud and loving personality will be missed by all those who had the pleasure of knowing him.

Rafael “Ralph” is predeceased by his mother, Gina Lantigua and brother, Brandon Lantigua.

*A  ZOOM LIVESTREAM WILL AVAILABLE TO WATCH FOR THE FUNERAL SERVICES AT 1:45PM*

To order memorial trees or send flowers to the family in memory of Rafael Lantigua, please visit our flower store.