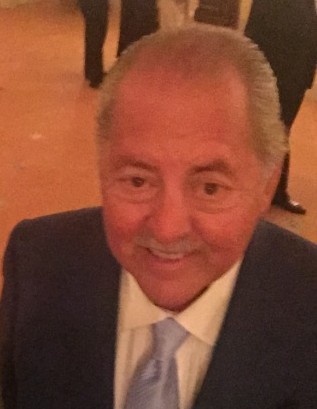 Growing up in Newark NJ in the 40’s and 50’s during a booming economy, Phil witnessed first generation Americans achieve success and the American dream, and he learned to dream big.  His father, a graduate of Columbia University, encouraged him to go to attend the University but that only lasted a year. Phil had the entrepreneurial itch and an Ivy League education wasn’t for him.

After trying his hand at a few different jobs, Phil got the inspiration to start a janitorial maintenance business in 1964 after seeing someone waxing a floor.  Over 40 years he grew that business from 1 to over 1,000 employees with the support of his wife, family and management team. Phil also had the vision to diversify the company into other services such as mechanical maintenance and logistics as he saw the janitorial business becoming commoditized in the mid 80’s. Phil's engaging and fearless personality made him comfortable with both Fortune 500 CEO’s and his employees on the front lines, and his magnetism was the key to his success.

Phil married the love of his life Phyllis in 1972. They had two boys who they raised in West Caldwell and then Morristown, NJ.  Not many people can balance a successful career with keeping their family close. But Phil did just that. His long term employees also became his family.

When he wasn’t working or spending time with his family, Phil loved golfing at the Due Process club in NJ where he was one of the first members and Adios in Florida. Phil’s unique golf grip got him the nickname 'Phil The Grip' Friends named a thoroughbred horse 'Phil The Grip’ and that horse went on to win $500,000 in its career.

Phil loved entertainment and entertainers. Hollywood legend Sonny Werblin, former owner of the NY Jets, sponsored Phil to become a member in the Friar’s Club in New York City where Phil was often seated front and center at their famous annual roasts. Phil also loved supporting famous Catskill comedians such as Freddie Roman and Pat Cooper who brought him back to his youth.  Phil spent many years entertaining and dining at Tiro A Segno in NY (formed in 1888 and is the oldest Italian Heritage Organization in the US) where he became a lifetime member.

Phil served on the Columbus Hospital Board of Trustees in Newark NJ, the Local 68 Operating Engineers Pension Board, the EDA of Essex County NJ and was a founding member of the BOMA NJ chapter.

Of everything he accomplished in his life, Phil’s favorite job was being a dedicated and loving Grandfather to his grandchildren who loved him dearly.

As Phil always loved helping those in need and those who couldn’t help themselves, please consider donating to one of his favorite institutions, St. Jude.

Born to Ralph and Louise Caprio.  Phil is survived by his wife Phyllis, his sons Philip and Joseph, his daughter-in-laws Gisela and Stela and his grandchildren Kenny, Rafael, Sofia Joey and Savana, his brother Nick and sister Suzanne.

Funeral from the Galante Funeral Home 54 Roseland Ave. Caldwell on Friday at 8:30 AM.

Funeral Mass at the Cathedral Basilica of the Sacred Heart in Newark at 10 AM.

Entombment at Gate of Heaven Chapel Mausoleum in East Hanover.

To order memorial trees or send flowers to the family in memory of Philip Caprio, please visit our flower store.

Cathedral Basilica of the Sacred Heart