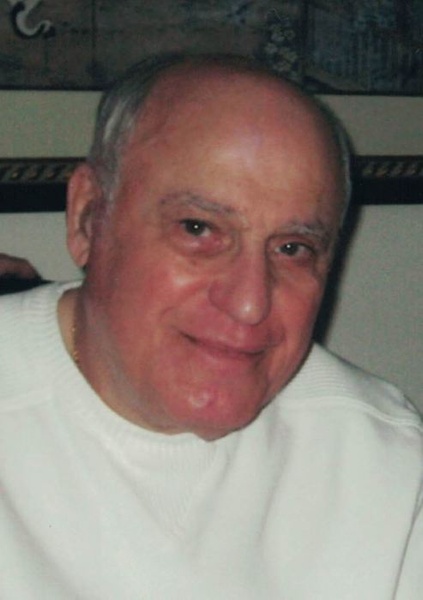 A Funeral Service will be celebrated in the Galante Funeral Home, 2800 Morris Ave. Union on Wednesday at 10:30 AM. Entombment will follow at Gate of Heaven Cemetery. Visitation is on Tuesday from 4-8 PM at the funeral home.

Peter was born on May 6, 1926 in Elizabeth, NJ. He was employed for 35 years with the New Jersey Department of Labor. As a supervisor in the Office of Occupation Analysis and Technical Services, he developed and directed priority projects. He received commendations from industry, labor, government and education.

Peter received the coveted New Jersey Professional Accomplishment Award presented by Governor Thomas Kean; and a Senate Resolution for development and direction of a toxic waste cleanup program designed to remediate sites in NJ, having the most sites on the National Priorities List. A team approach was developed, utilizing the skills of Operating Engineers, Local 825; Construction Laborers Union, Locals 472 and 172; and the Utility and Transportation Contractors Association of NJ.

The training program received national recognition and was observed by French TV. A paper on the project was presented at a national conference in Washington, DC.

In a precedent-setting contract approved by Governor Kean, he was assigned as a state employee to work onsite exclusively with the Ford plant in Edison, NJ, which was in jeopardy of being closed. He established a technical training center to upgrade skills required to operate and maintain robots and other high technology equipment. The Edison plant became recognized for its operating efficiency and was awarded Ford's Quality1 Citation and remained open for twenty years. Peter was retained by the Ford Company as a training consultant after official retirement from the Department of Labor.

Peter served in the US Navy during World War II, and was in Tokyo Bay on September 2, 1945 when the treaty was signed.

Mr. Nozza managed and trained champion amateur and professional boxers, and worked with the Rahway Police Athletic League boxing program. He was inducted in the New Jersey Boxing Hall of Fame and was named Man of the Year. He also served as President of the International Veteran Boxer Association, Ring 25.

Peter devoted much of his time as a volunteer with the Tri-State Wheelchair Games, Special Olympics, Catholic Charities and Harbor House youth shelter in Ocean County. He performed in musical programs playing piano at adult communities, nursing homes and at the Veterans Memorial Home, with contributions donated to the Women's Domestic Violence Center and Harbor House.

In lieu of flowers, donations in his memory may be made to the St. Jude Children's Research Hospital.

To order memorial trees or send flowers to the family in memory of Peter Nozza, please visit our flower store.