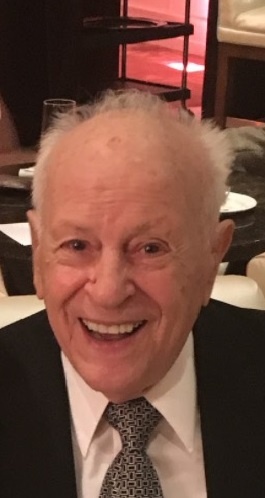 Funeral is from the Galante Funeral Home, 54 Roseland Ave. Caldwell on Thursday at 8:30AM. A Funeral Mass will be celebrated at St. Pius X Church in Montville at 10AM. Entombment will follow at Gate of Heaven Cemetery. Visitation is on Wednesday from 4-8 PM at the funeral home.

Born in Italy, Paul served in the military there before moving to the United States in 1954. He lived in Newark before residing in Bloomfield for several years until finally settling in Montville 24 years ago. He worked as a grinder for Weiss in Newark, and later worked for the Irvington Board of Education maintaining their schools, retiring 30 years ago. A longtime member of the Italian-American Club in Newark, Paul was the life of the party. Always quick with a joke, he most enjoyed making people laugh, and having a good time with anything he did.

To order memorial trees or send flowers to the family in memory of Paul Miceli, please visit our flower store.