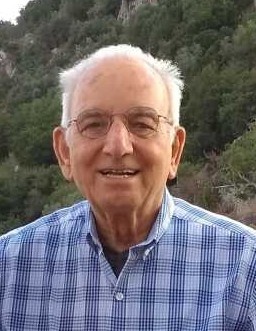 He was a devoted family man especially to his grand daughters. He enjoyed traveling, whether it was his visits to Greece or to Atlantic City.  Nickolas was also known as a "jack of all trades" when it came to carpentry, electrical work and refinishing furniture.

He was the husband of the late Concetta. Brother of the late Peter, Bill and Jimmy Moutis. He is survived by his sons,  Anthony Moutis and his wife Elizabeth. George Moutis and significant other Mary Iannone. Sister Hari Papadopoulous of Greece and brother Louis Moutis of Union. Grandchildren Margaret, Katherine, Rachel, Sophie, and Emily. As well as many nieces and nephews.

Family and friends are invited to attend a visitation for Nickolas at the Galante Funeral Home, 2800 Morris Ave. Union on Friday January 7 from 5-7 PM. A visitation will also be held at St. Demetrios Greek Orthodox Church, 721 Rahway Ave. Union on Saturday January 8 from 9:30 - 10 AM, with a funeral service being celebrated at 10 AM. Entombment will follow at Gate of Heaven Cemetery.

To order memorial trees or send flowers to the family in memory of Nickolas Moutis, please visit our flower store.