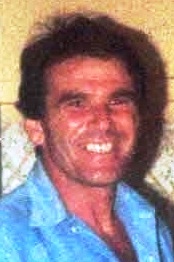 The funeral Service will be held in the

Born in Union, He lived in Newark, Irvington, & Scotch Plains,

before moving to Union 10 years ago.

He was a Truck Driver for De Luca and Sons Paving Co. in Scotch Plains, NJ

and the late Eric Marcantonio,

He is the former husband of Jean (nee Colaiacovo) Marcantonio,

and the grandfather of Gregory Jr, Cory, Brandon, Tyler, and Jeffrey Jr.

and is also survived by 3 Brothers, and 3 Sisters

He is also predeceased by his parents the late Joseph Marcantonio,

and is also predeceased by 8 other Brothers and Sisters.

In lieu of flowers the family prefers that

To order memorial trees or send flowers to the family in memory of Nicholas Marcantonio, please visit our flower store.