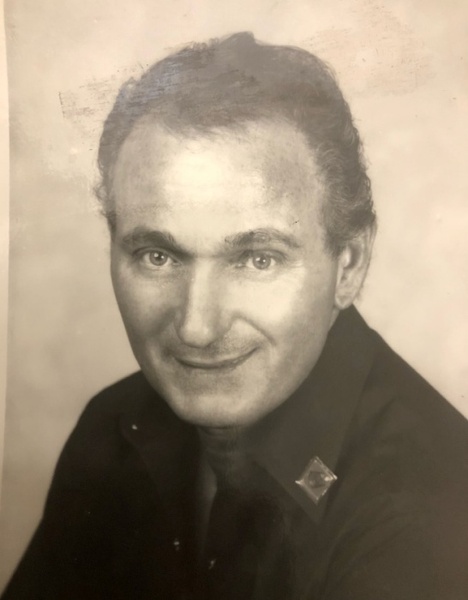 Nicholas Ferroni “Nicky” of Forked River, New Jersey passed away peacefully on February 28, 2021 at the age of 82 surrounded by his family and friends.

Nicky was born on March 29 1939 in Newark, New Jersey to Serafino and Adelaide (Accinni) Ferroni and raised on Crawford Street in East Orange, New Jersey with his eight brothers and sisters. Nicky attended East Orange High School but left before graduating to begin trade school for Masonry.  Nicky would spend more than 50 years in the Construction Industry as a “Master Mason” and as a member of the International Union of Bricklayers & Allied Craftworkers Local 4.  Nicky worked for two companies during his 50 plus year career beginning with DeVenzia Construction of Whippany, NJ and later with Edward Leske Construction of Union. Even if you never met Nicky, you likely passed by some of his Masonry work which can be seen throughout Northern New Jersey as well as at the homes of his many friends and family.

Nicky married Marie (Miller) Ferroni of Union Twp in 1969, together they purchased their first home in Union Twp. where they would spend the next 35 years raising their three children. Nicky purchased a second home in Ortley Beach, NJ for his family and friends to enjoy and spend their summers vacationing. After his retirement, the couple moved to their home on the Bay in Forked River, NJ.

Nicky was a strong supporter of Union Twp. Athletics volunteering his time to construct dug outs for Union Little League and was also famous for his ability to collect 50/50 raffles at Union Rec. Wrestling matches for many years. Nicky belonged to the Knights of Columbus in Union and also enjoyed his recurring role as “Santa” for his family and the DeMarco family.

Nicky is survived by his loving wife, Marie of 52 years. Nicky was the devoted father of Michael Ferroni and his wife Alex, Michelle Gierla and her husband Bobby and Nicholas Ferroni a teacher at Union High School. Nicky is the beloved “PopPop” to his grandchildren Christopher Gierla, Michael, Anthony and Julianna Ferroni. Nicky is the beloved brother of the late Louis, Edmund and Alex Ferroni and is also survived by his brothers Archie and wife Toni and his sisters, Lucy and husband Frank Ulrich, Irene Leavy and Rosemarie Ventura and his many beloved nieces and nephews and their children who will forever cherish their fond memories of Uncle Nicky.

Nicky will always be remembered for his love and commitment to his family and friends. At Nicky’s request, due to his concerns about COVID 19, there will be no funeral services. “A Celebration of Life” will be planned at a later date by his family to celebrate Nicky’s life. To send online condolences please visit our website at Galantefuneralhome.com

To order memorial trees or send flowers to the family in memory of Nicholas Ferroni, please visit our flower store.