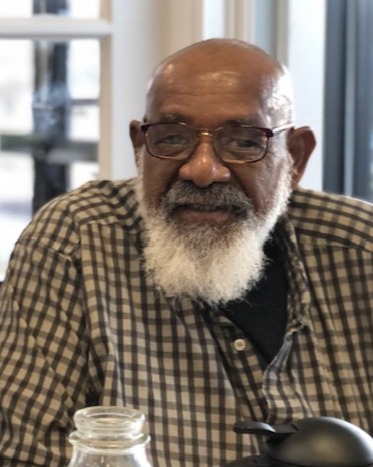 Monroe “Money” Benjamin, 75 of Newark, NJ passed away in Livingston, NJ on January 15,
2023.
Monroe was born in Boydton Va. in 1947. He was raised in both Boydton and Clarksville
Virginia. At the age of eighteen (18) years old, he left Clarksville for better employment
opportunities in the Northeast. Prior to leaving Virginia, Monroe worked as a sharecropper
among other jobs, but expressed that he needed to leave because the experience was grueling,
unfair, exploitive and would likely never give him an opportunity to be his own boss and
purchase his mother a home of her own. He said that a scary experience with the Klu Klux Klan
also made him reconsider wanting to stay in that environment. When an opportunity presented
itself by Monroe’s oldest brother Lowell, affectionately known as Bubba, to leave Virginia and
come up North, Monroe did not hesitate. He gave his boss a week’s notice so that he could
secure his pay, and was on the road headed North. Monroe first arrived to City of Newark, NJ
and lived on Gladstone Ave. with Lowell (Bubba), Lowell’s wife and several of Lowell’s kids.
Because of his life circumstances Monroe never completed high school, and had to work to
support his parents and siblings. However, Monroe proved to be an astute Farmer and great at
making and building things. He helped build a former church located on High St. in Newark.
Throughout his working life Monroe served as a farmer, auto mechanic, mason and
carpenter/labor. However, it was as an auto mechanic where he demonstrated his genius.
Having worked at Smitty’s Exxon for nearly three decades, Monroe used intellect, intuition and
determination to learn all types of car engines and parts. He had an incredible memory and
could disassemble and reassemble an engine with little to no need for instructions. He served
judges, lawyers, teachers, principals, doctors and others with distinction. He was also mechanic
to radio/television personality Wendy Williams. Everyone trusted Monroe to fix whatever
problem they had with their vehicle and he never disappointed.
At the age of 22 Monroe met, dated and later married Nona Green. From their union they
created seven (7) beautiful children: four (4) girls and three (3) boys- Annette, Monroe
(Lamont) Jr., Rosalee, Jamal, Anthony, Corina and Hakima (Tiny). When the union between
Monroe and Nona dissolved prematurely, the family experienced homelessness and later the
children went into foster care. Being responsible, accountable and a man of his word, Monroe
promised his children that he would get them all out of foster care and he bravely engaged the
judicial system and one by one gained custody of all of his children. Although he admitted he
was often scared and uncertain, he worked tirelessly as a single dad to provide a nurturing
home, while ensuring that all of his children graduated and became professionals in their
chosen fields.
Monroe is predeceased by his mother Ava and father (Reverend) James, His sister Winifred
White and brother Jerry Benjamin, and his daughter Rosalee Benjamin. He is survived by his
siblings, Lowell Benjamin, Eleanor Revis, Mary Ann Daves, “Belle” Hays, and Tutti Smith.
Monroe is the proud grandfather or “Pop Pop” to nineteen (19) grandchildren: Omarah, Omar,
Nicholas, Andrew, Dandre, Araybia, Lamont Jr., Jordan, Allison, Tristen, Taylor, Sophia, Anthony
Jr., Savaeh, Taliah, Za’nyeh, Ourian, Thiyonna and Amari. He is also the proud great grandfather
to eight (8) great grandchildren: Bashir, Oliver, Kennedy, Mia, Kayden, Ariel, Nori and Kiara.
He loved and respected his daughters’ in-law: Quondra, Laura, Danielle and Bambi, and his
sons’ in-law: Tim, Mark, Howard, JT, Rob and Omar.

Monroe has over thirty (30) nieces and nephews, over thirty (30) great nieces and nephews. A
host of in-laws on his ex-wife’s side of the family; cousins and countless friends who loved and
respected him. You could always hear someone make the statements: “He’s so responsible and
reliable”, and “Monroe is always being there to help anyone in need.”
When last interviewed weeks prior to his death, Monroe expressed his hopes and desires for
his children, grandchildren and great grandchildren and stated “I want the best for them all,
and want them to work hard and be the best at whatever they decide to do.” As a proud
member of the Bethany Baptist Church in Newark, Monroe could often be seen volunteering at
the church’s Farmers Market and giving advice to many that included: “Be careful of what you
say out of your mouth”; “Love those around you like you would love yourself” and “If you don’t
love yourself, you cannot love those around you.”
As we mourn the passing of Monroe, celebrate his life and the times we spent with him
enjoying watching new buildings being constructed, cheering on his football team, or relaxing
on a boat or bank while fishing. “Our dad has gone fishing!”

To order memorial trees or send flowers to the family in memory of Monroe Benjamin, please visit our flower store.