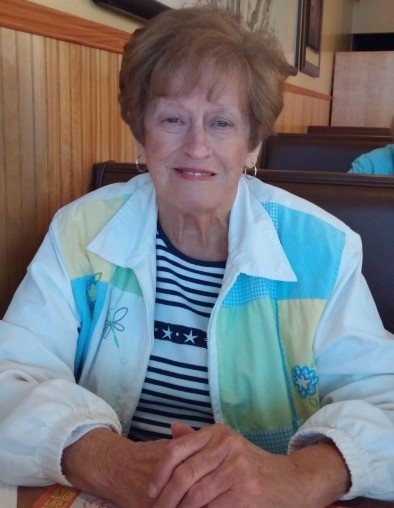 Wilhelmina, aka Mina Mongiello passed away at home with family on Wednesday, September 2, 2020 at the age of 93. Mina was born and raised on Nantucket Island in Massachusetts. In 1946 she met her husband, Frank Mongiello and was married in June of that year. After living on the island for about a year and a half, they moved to Newark, New Jersey.  Mina and Frank raised four children, Stephen, Mary Sue, Diane and Frank Jr.   Mina leaves behind two son in-laws, Ron Guarino and George Schmidt, daughter in-laws Judy Mongiello and Kim Mongiello. Mina had 8 grandchildren: Natalie, Michael, Eric, Jessica, Maria, Matthew, Laura and Frankie the 3rd. Mina also leaves behind 5 great grandchildren, soon to be 6.

In lieu of flowers, the family is asking for donations to St. Jude Children’s Foundation.

To order memorial trees or send flowers to the family in memory of Mina Mongiello, please visit our flower store.