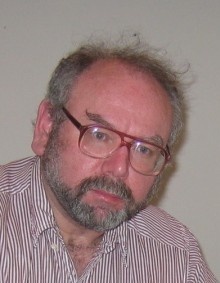 Michael J. Volk 68 of Newark, NJ passed away unexpectedly on April 13, 2019 while attending his grand-niece's first birthday. He was born in Newark on February 21, 1951 to Charlotte & George Volk.

The funeral is from the Galante Funeral Home, 2800 Morris Ave., Union on Thursday at 9:30  AM. A Funeral service will be celebrated in the funeral home at 10:30 AM. Entombment will follow at Gate of Heaven Chapel Mausoleum. Visitation is on Wednesday from 3 - 7 PM at the funeral home.

Michael was a lifelong resident of Newark (Vailsburg) and parishioner of Sacred Heart Church till it's closing in 2010. Graduated Sacred Heart Grammer  School in 1965, Vailsburg High School in 1969, received a bachelor's degree from the University of Alabama in 1972, and a master's degree from Rutgers and NYU. He was a member of the Giblin Association, Irish American Society and the American Legion.

Michael was a very devoted to his three nephews and grand nephews and nieces. Michael was predeceased by his parents Charlotte (1999) and George (2005) Volk and his grand nephew Derek James (2013). He is survived by his loving brother George and his wife Nancy; his beloved sister Marguerite and her husband Anton, his three nephews, Michael and his wife Chung, James and his wife Kathleen and Matthew.  Also, his twin niece /nephew Elise and Ernest and nephew Henry and niece Adalie. He is also survived by his paternal aunts, Mary Ann Rickerhauser, Ethel Caracciolo and Helen Wall and his maternal aunt and uncle Lowell and Pauls Brand. And by 29 first cousins and their families and many dear friends.

In lieu of flowers, please contribute to your favorite charity in his memory.

To order memorial trees or send flowers to the family in memory of Michael Volk, please visit our flower store.