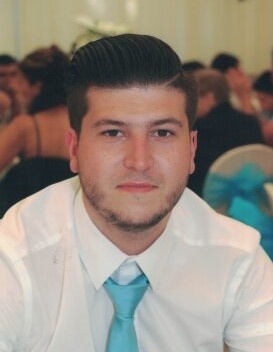 Family and friends are invited to attend a visitation for Michael at the Galante Funeral Home, 2800 Morris Ave. Union on Thursday from 4-7 PM. A Funeral service will be celebrated in the funeral home at 6:30 PM. Cremation will be private.

Born in Livingston, Michael lived with his family in Union since 1995. A 2009 graduate of Union High School, Michael went on to study computer engineering at Kean University in Union, graduating in 2017. Michael worked as a systems analyst for SAA Interior and Architecture. He enjoyed playing soccer for many years, and liked playing video games.

Michael was the dear son of Alipio and Natividade (nee Isidro) Ribeiro; loving brother of Melissa Ribeiro and her fiance Lucas, cherished grandson of Beatriz Ribeiro and Teresa Isidro, and the late Joaquim Isidro and Alipio Ribeiro. He is also survived by many loving aunts, uncles, cousins and friends.

To order memorial trees or send flowers to the family in memory of Michael Ribeiro, please visit our flower store.