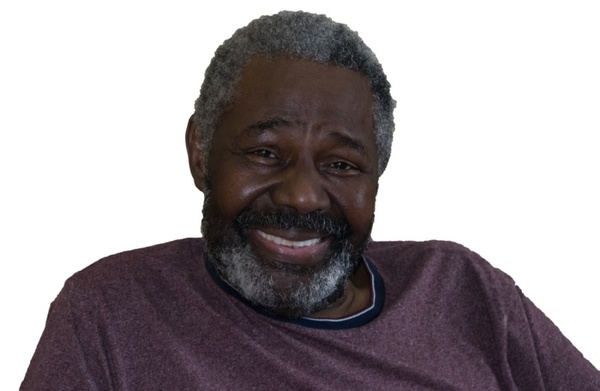 Melvin Sullivan Jackson was born on September 24, 1943 to David and Georgian (neé Singleton) Jackson in Brooklyn, NY. Melvin was raised in the Bedford Stuyvesant area of Brooklyn at 927 Dekalb Avenue, graduating from Bushwick High School in 1960. Shortly after graduating, he enlisted into the United States Marine Corps. He trained in Camp Lejeune Marine Base in North Carolina and was stationed in Korea, Okinawa, Japan and in Cuba during the Cuban Missile Crisis. In the Marine Corps, he was introduced to black history, music and the arts by one of his dearest friends, legendary stage actor David Downing. This introduction birthed his evolution as an into an accomplished collector and supporter of all arts and culture, which created a legacy that touched thousands of people. After concluding his service, Melvin returned to the States and had two children Derrick Louis and Tanya Renee in his first marriage. As he was working to develop his career, he started Brooklyn College on the GI Bill, receiving his Bachelor of Arts in Television Production. He met Dallas Turner where he gathered a group to see a Broadway play. They married at Cornerstone Baptist Church in Brooklyn, NY on August 19, 1973. Their union brought two daughters, Leah Elizabeth and Lena Georgina. Melvin received his Master of Science degree in Speech and Theatre/Broadcasting from Brooklyn College in 1977. Over thirty-five years working in television with Disney/WABC (formerly Capital Cities/ABC), Melvin was a recipient of three Academy of Television Arts and Sciences Emmy® awards (1984 Summer Olympics and All My Children), George Foster Peabody award (for news coverage of the aftermath of 9/11) as well as countless accolades for his gifts and talents as a photographer and producer. Among the television programs he worked behind the camera and/or the boom microphone on were Eyewitness News, 1980 Winter Olympics, 1984 Summer Olympics, Battle of the Network Stars, countless Golf remotes, Monday Night Football, soap opera All My Children (for 15 years), Nightline and concluded with working on Good Morning America. He was a proud member of his union, NABET-CWA Local 16 and retired in 2009. A consummate citizen, Melvin worked with a myriad of collectives in the areas of education and culture within his chosen community. His fervent passion was his vast collection of art, antiquated books, historical documents, music, movies and educational items. A natural born educator, he was an adjunct lecturer both at Brooklyn College and North Carolina A&T University. Working and bonding with notable artists, actors, directors and producers over his career, his greatest joy was engaging with young people teaching, mentoring and learning from them. His lifelong commitment was to introduce and immerse individuals in cultural experiences such as theater and the arts to reinforce their humanity. In the early seventies, beginning with the Public Theater (when Joseph Papp was the Artistic Director) and the Negro Ensemble Company, Melvin began to introduce new audiences to theater. He has introduced many people to their first Broadway play as well as supported theaters in New Jersey such as the McCarter Theatre Center in Princeton and Crossroads Theater in New Brunswick. Working hard without financial compensation, Melvin cultivated groups of theater-goers that spanned ages 6 to 66. Over the last 40+ years, he has amassed a wealth of knowledge and expertise on theater marketing and promotion

through audience development. His work was often called upon by Broadway producers and directors to help them in developing their audiences and promoting arts education. Melvin is survived by his wife of forty seven years, Dallas Turner Jackson, his children Derrick, Tanya and Leah Jackson and Lena Grantham, son in law, Tahiv Grantham, his grandchildren, Nekhen and Kai Jackson-Muhammad, Tahir, Azariah and Traivon Grantham, his siblings, Alvin Jackson, Brenda Disu, Margie Brady, Norma O’Neal, Esther Smith, Leonard Mott and Joseph Jackson and a host of nieces, nephews, great-nieces and nephews and his chosen family and friends, hundreds of mentees and those lives that he touched after one meeting. He was predeceased by his parents, David and Georgian, and his siblings, Sandra and Leroy Jackson, Margaret ‘Rose’ Terry, Clinton Singleton, and Joan Washington. His legacy of generosity and love of education will live in perpetuity.

To order memorial trees or send flowers to the family in memory of Melvin Jackson, please visit our flower store.