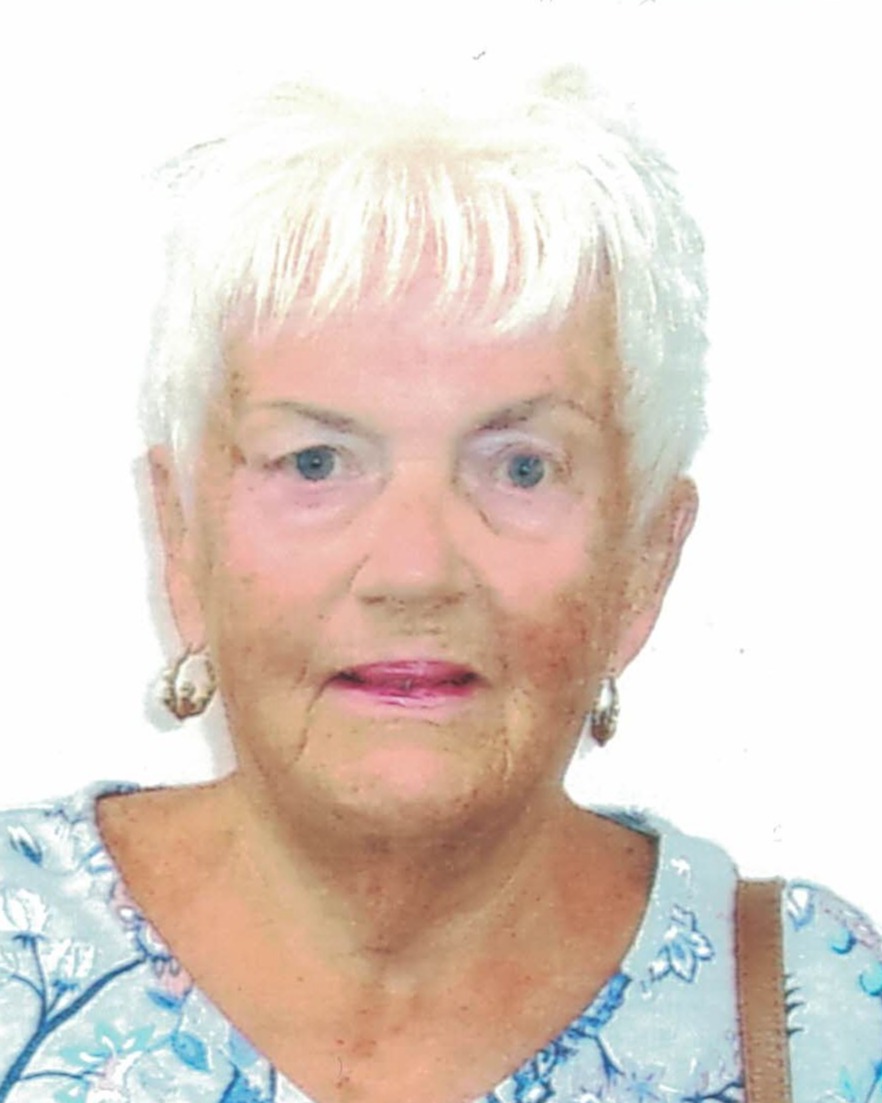 Mary was born on June 11, 1941 in Bronx, NY, the only child of Gerald & Margaret (nee Noone) O’Donnell.  Mary was a proud graduate of St. Pius Commercial High School in the Bronx,NY.

Mary married the love of her life, Bill Carroll on October 16, 1965 after which they relocated from the Bronx to New Jersey.  Mary worked various jobs in retail including Lane Bryant and Kings Supermarket prior to starting her career for the South Orange and Maplewood School District, where she worked at the main office secretary for Maplewood Middle School and later Columbia High School and finishing her career prior to retirement in 2010 at the Board of Education office.  Mary and Bill relocated to Sun City Center, Florida in the fall of 2012 where she lived her best life visiting the pool daily.

While her daughters were growing up, she was highly involved in the Seth Boyden School PTO in Maplewood, NJ where she served as Co-President with her husband.

Mary will be remembered for being fiercely independent and for her love of the pool and sun, crime series and Hallmark Christmas shows (which was ironic because she told everyone she knew Christmas was not her thing but rather it was her husband’s thing).  As Frank Sinatra said she lived her life with the motto “I’ll do it my way”.

Mary was predeceased by her loving husband, Bill in 2020 and her parents and sister in law, Joan Bowen.  She is survived by her daughters, Donna (LeRoy) Lewis and Geraldine “Gerri” (Ray) Colon , all of Kenilworth, NJ and her three loving grandsons who were the light of her life, Michael Goldstein and his partner, Kelli Dios of Clark, NJ, and Aidan and Nicholas Colon of Kenilworth, NJ as well as her step-granddaughter, Kelsey (Mike) Towndrow of Sleepy Hollow, NY and step-great granddaughter, Sofia Dios of Clark, NJ.  She is also survived by many loving friends who became family to her.

A graveside service will be held at Fairview Cemetery in Westfield, NJ on Friday, November 25, 2022 at 12:00 noon.   As per Mary’s wishes, in lieu of a wake, the family will be accepting visitors at the VFW at 33 South 21st Street, Kenilworth, NJ from 1 pm to 4 pm immediately following the graveside service where a light lunch will be available for all who visit.  Mary’s wishes were that family and friends could gather in a less formal setting and share stories and memories.