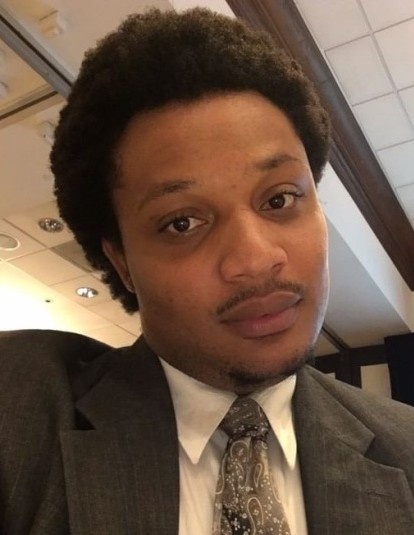 Marquiale was born and raised in Newark, New Jersey. At the age of 4, he endured the loss of his mother. Throughout his childhood he had encountered many situations that would have led most people to a different path. Marquiale persevered through his hardships with the love and support from others including his foster families, college professors and close friends who treated him like a brother.

Marquiale graduated from Kean University in 2017 with a Bachelor’s of Arts in Psychology while simultaneously earning three minors. During his college career, Marquiale was involved in the Residential Student Services as a Community Assistant and later became a Resident Assistant. He became a member of both Phi Beta Sigma Fraternity Inc. and Be The Change NJ.  His work in Be the Change NJ was particularly focused on homelessness relief and community garden projects. He was a leader who cared deeply about social justice. He was involved in  much of BTC’s research on health disparities and inequities.  He became fluent in American Sign Language; and participated in an event called Deaf Jam. Marquiale made a huge impact in all communities he was involved in and was seen as someone anyone could go to in any hour of need. He was largely known for being an exceptional student, a helpful residential and community assistant on campus, and an overall hardworking man.

Marquiale enjoyed doing community service on a consistent basis, especially in minority communities. He has conducted several projects, programs, and events, to stand against injustice and to promote community assistance. Marquiale survived and overcame homelessness, poverty, hunger and mistreatment. His past allowed him to directly assist many who have shared the same experiences. He had aspirations to help run a group home and to become a Dean of students.

If you had the pleasure of meeting Marquiale, you would know that he had a unique and soulful presence. Marquiale is and will always be cherished and loved by many. His kindness, passion, humbleness, and spirit was unmatched. Marquiale was a phenomenal man, brother and friend. He has left eternal imprints on those blessed enough to have known him. Marquiale will forever be in the hearts of his loved ones.

Visitation at the Galante Funeral Home 2800 Morris Ave in Union on Saturday from 9 - 10 AM, followed by a wake service at 10 AM.

To order memorial trees or send flowers to the family in memory of Marquiale Davis, please visit our flower store.