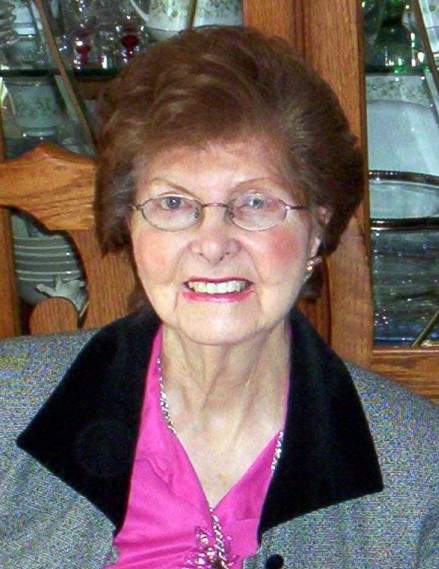 Funeral is from the Galante Funeral Home, 54 Roseland Ave. Caldwell on Friday at 8:30 AM. A Funeral Mass will be celebrated at Our Lady of Lourdes Church in West Orange at 10 AM. Interment will follow at Pleasantdale Cemetery in West Orange. Visitation is on Thursday, May 30 from 2-4 & 7-9 PM at the funeral home.

Born in Maplewood NJ to Giovanni and Anna Turriziani, Marie resided most of her life in Newark and then West Orange.  She attended St. Peter’s Grammar School and Barringer High School.  Music was always a part of Marie’s life.  As a child Marie loved performing tap dances or playing guitar.  She also played beautiful music on the piano, but her greatest talent was her voice.   By age 16, she won a singing contest and spent her high school years singing on the radio.  She studied at Miami University but her time there was shortened due the illness of her Mom.  She later studied at New York’s Julliard School, and became an accomplished soprano with a voice octave range that, by today’s standards, would be equal to some of our current singing superstars.  She soon married and quickly stopped any pursuits of a professional career.  Instead, she devoted all her love and attention to her husband and children, and remained a fulltime homemaker.  Though her family and home were her priority, she incredibly managed to find time to allow her love of music and singing to thrive by performing at an endless series of benefits, several churches, women’s clubs, and on local stages.  She was a church soloist and choir member at St. Francis Xavier Church in Newark, and a church soloist, and then Choir Director, at St. Anthony’s of Padua Church in Belleville, for four decades.  She performed a one-woman show for many years at women’s club luncheons and for charity appearances in hospitals, convalescent homes and town community centers.  Her show was called “Impressions in Song and Story,” where she performed vocal impersonations, with costume changes, of various singing stars. She appeared in New York at Cami Hall, Town Hall, the Amato Opera Theater and Brooklyn Academy of Music, as well as Dangerfield’s and the LaChansonette dinner club. She performed classical and pop selections with the Bloomfield Symphony Orchestra, and performed at the NJ Folk Festival with the Italian Folklore Group, spotlighting a tribute to Italian heritage.  She organized “A Broadway Tribute to Miss Liberty” to help raise funds for the restoration of the Statue of Liberty.  The tribute included opera, classical, international, Broadway and pop music.  She appeared on The Joe Franklin Show, Regis Philbin Show and other cable television programs.  She was the choral director on the adjunct faculty of Essex County College and she was active at Newark’s North Ward Educational and Cultural Center. She was known for many years in the North Jersey area for her appearances in opera and musical theater and for her numerous restaurant engagements, which are too many to mention.  She has also recorded two albums.  She was outgoing, ambitious, confident, caring, good natured, sociable, talented, compassionate, brave, affectionate, sweet, thoughtful, strong willed and a very positive person, with a happy disposition.  Marie loved people, had many friends, was proud of her family, and had an infectious smile.  Her religious faith was an integral part of her life.  And with her strong faith and positive attitude, she overcame several serious health issues during her life.  She continued to amaze us by her strength and will to be a survivor and never give up.

To order memorial trees or send flowers to the family in memory of Marie Salvatoriello, please visit our flower store.

Our Lady of Lourdes Church