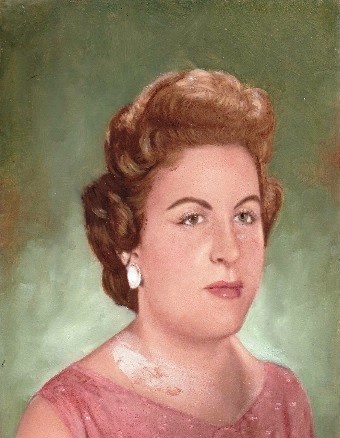 Maria D. "Lolita" Lavin
Beloved wife and mother, 89
Maria Lavin, 89, of Newark was called home by our heavenly father on November 18, 2020.
Born in Carriazo Spain, later married and lived in Cuba and ultimately settled in Newark, New Jersey.  Maria was a resident of the Ironbound since 1968.
Early in her life she was a teacher in Spain and later on she became a seamstress when the family moved to New Jersey. She retired in 1990.
Maria was the wife of her late husband Gerardo Lavin (married 52 years); Mother of Marc G. Lavin and Denise B. Lavin.  In Spain, she has 3 sisters (Paquina, Maria Jesus and Margarita), 1 brother (Vicente) and many nieces and nephews.  In NJ, she has 2 brothers-in-law (Jose Emilio Lavin and Jose M. Lavin) and many nieces.

Visitation will be at

A Funeral service will be held that same day

Entombment will be at Holy Cross Chapel Mausoleum,

To order memorial trees or send flowers to the family in memory of Maria Lavin, please visit our flower store.