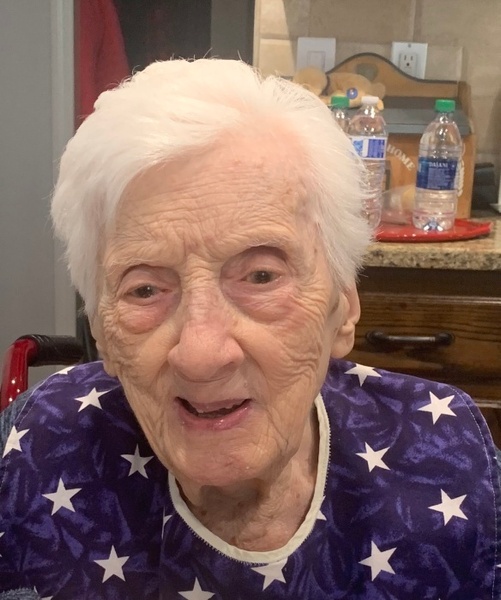 She lived through two World Wars, the Korean War, the Vietnam War, and endless other conflicts. She also witnessed the inception of the New Deal, Social Security, and the Right to Vote for Women. She listened to Big Band and Swing music, the soothing voices of Dean Martin and Frank Sinatra, and Rock N’ Roll.

Despite the many changes the nation went through, Margherita had an uneventful Italian Catholic upbringing with her three sisters in Morristown.

She met and married Frank Hilyard and had three children, Deborah, Frank, and Lance. Life was not always easy for her but she faced it with fortitude, courage and love for her family.

Early on in her marriage, her husband unexpectedly passed away. Now her world changed and she had to adapt and navigate through unfamiliar territory. She was determined, smart, and alone but more importantly she was the mother of three young children. She needed to be strong for them. Getting a job and working outside the home was imperative. Living on a tight budget became essential.

After her children had grown and relocated, she moved to Union to be closer to her family members. She had a style all her own and loved remodeling the home, cooking, plastic flowers, Kings Supermarket, and redesigning clothes which were out of style.

Margherita’s many close friends treasured her and their time together. She joins them now as most have predeceased her.

Margherita was 102 years old when she left this life on November 11, 2020. She had been strong for so many years. She will always be in our hearts because she is a part of everyone who came in contact with her. No miles or distance will change that.

Thank you Margherita for adding so much to our lives.

To order memorial trees or send flowers to the family in memory of Margherita Hilyard, please visit our flower store.