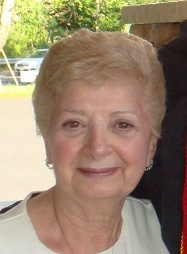 She is predeceased by her parents, brothers Jerry and Samuel Tedesco, sister and brother-in-law Florence and John Anello and nephew Jerry Tedesco. She is survived by brother Pat Tedesco, nieces and nephews John Anello and wife Fran, Karen Truncale and husband Joe, Laure Scassera and husband Charlie, Eileen Bennett and husband Chick and Lorraine Tedesco.   She also leaves behind grand-nephews/nieces in addition to great-grand nieces/nephews.

Born in 1928 in Newark, Lee graduated from high school at the early age of 16 and began working for the NJ Association of Realtors, one of the largest trade associations in the state.  She established a career there as Office Manager/Comptroller/Right-hand "man" to the Executive VP, developing relationships there, where after over 30 years of retirement, “Miss Tedi" still enjoyed visits, cards and calls from her former staff and members of her NJAR family.

She traveled to many countries; with Italy being closest to her heart.  In later years, she spent time with her relatives, wonderful neighbors and friends and was especially devoted to her brother and sister who at the time, resided in a nursing home.

Recently at age 92 and residing in Hartwyck/Oak Tree nursing facility along with her brother Patrick, Lee often said she kept young and up-to-date with books, crosswords, visits from family, friends, and former co-workers and also conversations about politics, the stock market and classic cars with her grand-nephew Alex Truncale.

Donations in her name can be made to St. Jude's Children’s Research Hospital and the NJAR Education Foundation of the New Jersey Realtors.

To order memorial trees or send flowers to the family in memory of Lydia Tedesco, please visit our flower store.