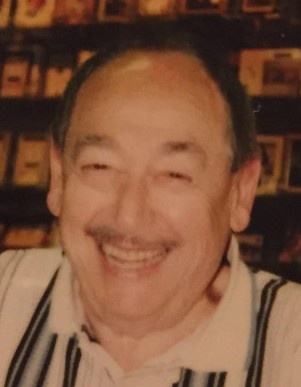 Devoted husband, loving father and jack of all trades Leonard Kahn went to his final resting place on Dec. 26, 2018 in his home in South Orange, N.J. He was just shy of 91 years old.

To family and friends he was Lenny. He was born on Dec. 28, 1927, and grew up in Carteret, N.J. where he learned the value of hard work by helping out at his dad’s moving and furniture company.

He served two years in the U.S. Army, stationed in Panama. Throughout his life he worked as director of information management systems for Keene Lighting, as credit manager for H. Betti Industries and in sales for the Chapels at Short Hills. An all-around entrepreneur, he also ran a bagel shop and owned an ice cream truck.

Lenny loved making people laugh. When he graduated from Carteret High School in 1945, where he was named the shortest boy in his class, he wrote under his senior photo that his goal was to be six feet tall.

In 1971 he married the love of his life, Janet Kahn nee Liguori, and they lived in South Orange for most of their 47 years together. He is survived by Janet; daughter Adrian Kuchen and her husband, Steve, and their son, Andrew; daughter Rona and her longtime friend Maria Marti; son Kristian; son Greg and his husband, Terrence; sister, Marcella Goldstein; many nieces and nephews; and longtime caretakers Patricia Sewell and Millicent Avent. He was predeceased by Maggie, his beloved dog.

His company was an everlasting pleasure to us.

In lieu of flowers, the family asks for donations in Lenny’s name to The Humane Society.

To order memorial trees or send flowers to the family in memory of Leonard Kahn, please visit our flower store.