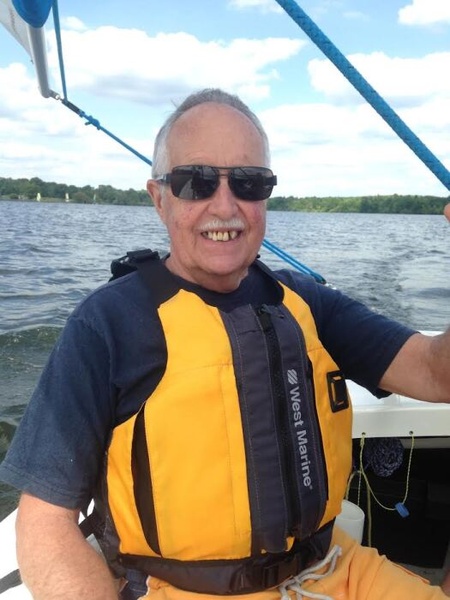 Kenneth Lumley Jr, 82, passed away peacefully with his daughters by his side on March 6, 2022 in St. Albans Vermont.

Born in Newark, NJ, he attended St. Michael’s Parish School in Union and was a high school graduate.  He was a 4th degree Knight of Columbus last serving at St. Teresa of Calcutta in Limerick, PA. Ken was pre-deceased by his wife Kathleen of 62 years who passed in November of 2021, his parents Kenneth and Eleanor Lumley, and his brother Roger.

Ken is survived by his daughters Laurene Roth of Lewes, Delaware, and Barbara Everett of Colchester, Vt, and their spouses, his granddaughters Ashley Romano of Warrenton, VA, Laura Dolan of Bensalem, PA, Gillian Kriebel of Gilbertsville, PA, and their spouses, Olivia Roth of College Station, TX, and great grandchildren, McKenna Dolan, Ryan Dolan and Anna Romano.  Ken was the beloved brother in law of Sandra and Edward Gatsch and Uncle of Lisa Werner and Kevin Gatsch.

A man of many talents, he spent most of his life in the auto body and insurance businesses. He was a talented auto body painter and restoration specialist, and owned his own auto body business in Red Bank for many years.  His restoration of Corvettes was well known and sought after.

Beyond his professional life, his interests were broad.  An avid motorcyclist, he rode for five decades and enjoyed every moment both on and off the road.  Ken loved both the Jersey Shore and the mountains of Vermont and lived in both areas over the course of his life.  He enjoyed skiing, a good burger and a hearty laugh which was usually attributed to the comedy of Monty Python or Mr. Bean.  Ken was known for his impish grin, sparkling blue eyes, and the ability to raise his eyebrow to a height unsurpassed but often attempted by others.

Ken found joy in the achievements of his family and most recently those of his grandchildren. He taught his family the importance of appreciating the simple things in life- watching the boats with a cup of coffee at the Manasquan Inlet, listening to music, or feeding birds in his backyard.  He lived to find the funny in most things, telling many a tall tale resulting in laughter.  His love of animals and they of him was legendary, resulting in his being regaled as the “St. Francis” of his family.

In the final years of his life, Ken fought bravely and humbly the challenges of Alzheimer’s disease.  With his wife and high school sweetheart by his side, they stood against its wind and pushed through each challenge without complaint.  His faith, strength and compassion for others was something to be revered.  The world is a bit less bright without his wit and charm.  To know and be loved by him was a gift beyond measure.

To order memorial trees or send flowers to the family in memory of Kenneth Lumley, please visit our flower store.