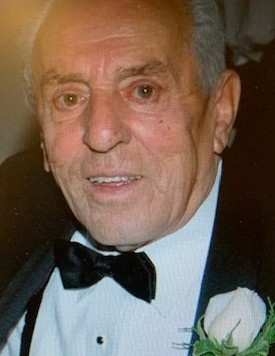 Joseph J. Stefanelli of Toms River and Newark, passed away peacefully at Rose Garden Nursing and Rehabilitation Center in Toms River on April 11, 2020. He was 94.

Joe was employed as a line supervisor for Sterling Drugs, retiring in 1987. He was an avid Yankee fan and enjoyed working in his garden. Nothing made Joe happier than spending time with his family, especially his grandchildren, who lovingly referred to him as PopPop.

Joe is predeceased by his parents, Gerardo and Mildred, his wife Gloria and his brother, Emil.

With the best interest of family and friends, a Memorial Mass will be held at a later date.

Arrangements are being made by Galante Funeral Home, Union, NJ.

Interment will be private.

To order memorial trees or send flowers to the family in memory of Joseph Stefanelli, please visit our flower store.