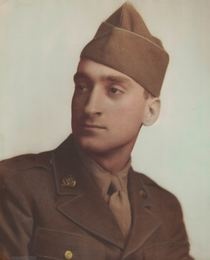 A Funeral Service will be celebrated in the Galante Funeral Home, 2800 Morris Ave. Union on Thursday at 12 noon. Entombment will follow at Hollywood Memorial Park. Visitation is on Thursday from 10 AM to 12 noon.

Born in Newark, Joseph was a longtime resident before moving to Edison 40 years ago. He served in the Army during World War II as a gunner throughout Europe. Using the GI Bill after the war, he went to college to be trained as an engineer and designer, later working for Emerson Quiet Kool for many years before retiring. Mr. Russo was an avid golfer, and a talented artist. He was always proud to have served his country, and for the service and sacrifice he and his fellow veterans made during America's time of need.

To order memorial trees or send flowers to the family in memory of Joseph Russo, please visit our flower store.