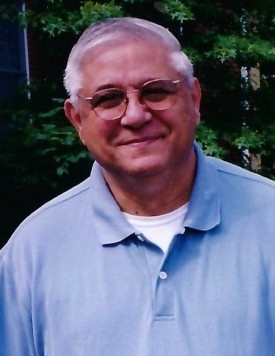 Joseph G. Morano passed away peacefully on March 20, 2021 at the age of 86 while being cared for at St. Barnabas Medical Center.

Joe Morano was born and raised in the Ironbound section of Newark. After graduating from Newark's East Side High School, he attended Seton Hall University, where he majored in elementary education. Joe graduated from Seton Hall in 1956 and began teaching in the Newark School System as well as beginning a career as an adjunct professor of education at Seton Hall. After years in the classroom, Joe shifted his career to administration, eventually retiring in 1995 as an Assistant Superintendent of Schools in Newark.

Joe Morano and Agnes Munley married in 1958, and their only child Michael was born in 1960. Joe moved his family to Kenilworth in 1970, where the family still resides.

Two lodestones characterized Joe Morano’s philosophy as an educator: the importance of parental involvement and the need to begin every conversation with a reminder to do what is best for the child rather than the system.

A man of deep and simple faith, Joe knew that our current world was imperfect, and he focused his personal and professional life trying to do good rather than chasing perfection. “Make it better, not perfect’ was one of his many sayings.  He took great joy in training future generations of teachers at his alma mater. A believer in the admonition in Matthew 6:1, Joe practiced quiet charity, personally distributing food as well as money for education, knowing that his reward would not be in this life. For over 65 years, Joe was an enthusiastic participant and organizer of an annual religious retreat group at the Loyola Jesuit Center in Morristown, NJ.

He was a loving husband, father, grandfather, son, brother, cousin and uncle. Joe was predeceased by his father, Dominic J. Morano, his mother Mae Morano (nee Cornacchia), and his brother Michael J. Morano. He is survived by his loving wife, Agnes Morano, his son Michael D. Morano and beloved daughter-law Debra Cowell of Westfield, grandchildren Gregory Morano of Boston, MA,  and Elise Morano of Freeport, ME, loving sister Theresa Russomanno and her husband Matthew, and devoted brother Gerard ‘Jerry’ Morano and his wife Candy, as well as numerous nieces and nephews.

Due to the Covid pandemic, we are having a private visitation with his immediate family. There will be a brief funeral mass for family at St. Anne’s Roman Catholic Church on Saturday, March 27, at 10am followed by a public interment at Fairview Cemetery.

We plan to host a Mass of Celebration and a memorial celebration of life this summer once we are all vaccinated. If you would like to be updated once plans are finalized, please email Elise (Joe's Granddaughter) at josephmoranomemorial@gmail.com

To order memorial trees or send flowers to the family in memory of Joseph Morano, please visit our flower store.