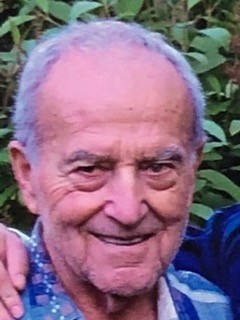 Joseph "Joe" Lozano, 96 of Nutley, NJ passed away on April 11, 2020 at Mountainside Hospital in Montclair, NJ.

Born in Youngstown, Ohio to Dolores (Carrizo) and Joseph Lozano, eventually would settle in New Jersey with his family at a young age. Joe went on to meet and marry the love of his life Mary (Fernandez) with whom he was married to for 62 wonderful years until her death in 2009. Together, they raised two beautiful daughters, Lisa Lozano Smith and Sandra Lozano Massarano. Joe resided in Union, NJ and later Nutley, NJ, while spending summers at the Jersey Shore with his family and friends at his house in Lavalette, NJ. Joe was a longshoreman with Local 1235 at Port Newark for 39 years until ultimately retiring in 1990. He enjoyed taking long walks on the boardwalk, watching his beloved New York Giants and New York Yankees, the occasional bowl of ice cream, and spending time with his only grandchild, Michael Massarano, whom he considered the gleam in his eye.

Joe was preceded in death by his wife, Mary Lozano, and sister, Dolores Lozano. He is survived by his sister, Alicia Waldeck; his two daughters, Lisa Smith and husband her Hamilton Smith, and Sandra Massarano and her husband Glenn Massarano; his grandson Michael Massarano; and his nieces Karen Waldeck Lutz and Roberta Diaz.

Due to the current circumstances, private services are entrusted to the Galante Funeral Home in Union. Burial will take place at Hollywood Memorial Park in Union.

To order memorial trees or send flowers to the family in memory of Joseph Lozano, please visit our flower store.