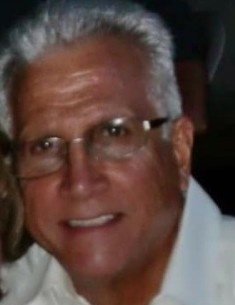 Jorge “Pucho” Carreno, 81, born in Cienfuegos, Cuba on August 14, 1939 passed away unexpectedly on September 26, 2020 in his home in Hillside, NJ. He leaves behind his beloved wife of 53 years Nieves, sons Alexander, George, daughter Edith and the late son Marcus. Beloved grandchildren George, Joseph, Arianna, and Lucien, brothers Edwardo and Pedro, Sister Lydia, and many loved nieces, nephews and cousins. He was preceded in death by his mother Edelmira Chao, father Pedro.


Pucho escaped from Cuba when he was 20 on a Greek petroleum ship that went to Casablanca, Africa. He had the choice of either Australia or the USA – he chose the USA. He escaped with courage, and a dream of a better life for himself and his family. After 8 short months he married his beloved wife Nieves. Nieves admired him, and they celebrated 53 beautiful and loving years together as a unit and team.

Pucho was a humble and loyal member of ILA Local 1235 for 54 years at the port in Newark, NJ. He was a tenacious and hard worker who loved his trade and those he worked with. He worked nearly 24/7, beyond his retirement, and provided a wonderful and stable life for his family. Everyone who knew him knew him as a humble, smart, proud, and generous man with a great smile and laugh. He helped so many people over the years, and they were always grateful and ready to repay and help him when he finally needed anything.

He enjoyed reading and learning about health and wellness and sharing those books and knowledge with ones he loved. He was not a religious man, but he had his faith in god and the universe and led an honest, kind, and engaging life. He was an example of sacrifice and endurance as a husband and father.

A service of remembrance will be held in the Galante Funeral Home 2800 Morris Ave. Union on Thursday at 11AM with an entombment to follow at Hollywood Memorial Park in Union.

Visitation on Wednesday from 4PM - 9PM.

To order memorial trees or send flowers to the family in memory of Jorge Carreno, please visit our flower store.