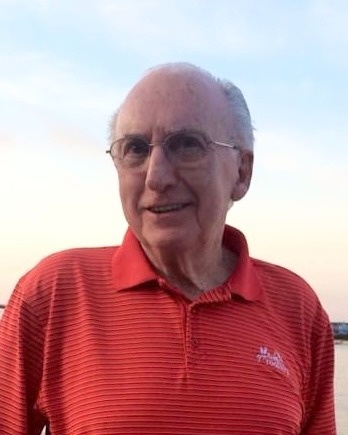 Relatives and friends are kindly invited to attend a visitation for Jackie at the Galante Funeral Home, 2800 Morris Avenue, Union, on Thursday, October 13, from 4 to 8 pm. A Funeral Mass will be celebrated at Holy Spirit Church in Union

on Friday, October 14, 11 AM. Entombment to follow at Hollywood Memorial Park.

Born and raised in the Westside section of Newark, Jackie then moved to Union in 1967. Jackie spent his entire career as a longshoreman and Hiring Agent with Sealand/Maersk in Port Elizabeth for over 40 years before his retirement in 2003. He was a member of ILA Local 1235. A lifelong New York Yankees fan, he was fond of coaching baseball for Union Teener League.

But his greatest joy was spending time Down the Shore with his family.

He was the beloved husband of 60 years to his wife Maria. He was the cherished father of John “Jack”E. Lewis Jr., his wife Patricia, his daughter Melissa Dante, and her husband, Thomas. Brother of Robert Slatky, Mary Ann Greco, Viola Leonardis, late brothers Edward Lewis and Sylvester Slatky, and late sisters Alma Scoda and Jeanne Bruno. He is a loving grandpa to his four grandchildren, John “Jack” (Victoria), Nicholas, Bobby, and Maria.

To order memorial trees or send flowers to the family in memory of John " Jackie" E. Lewis Sr., please visit our flower store.