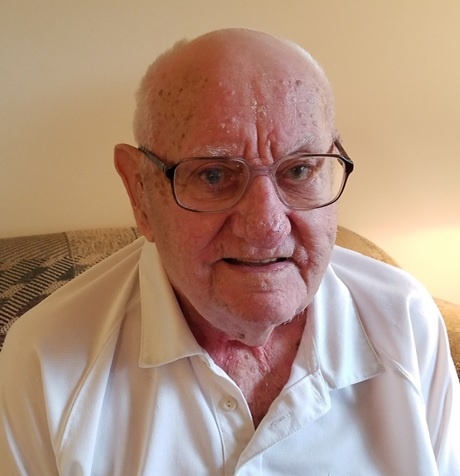 Relatives and friends are invited to attend a visitation for John at the Galante Funeral Home, 2800 Morris Ave. Union on Thursday November 11th from 3-7 PM. A funeral mass will be held at Saint James the Apostle Roman Catholic Church, 45 South Springfield Ave., Springfield on Friday November 12th at 10 AM.

Born in Newark, John (also known to most as “Jack”) was a proud veteran of the United States Army and served overseas in World War II from 1941-1945 as a member of the 47th Infantry, 9th Division.  He was also a lifetime member of the VFW Post 2433 in Union, where he held the Commander and Quartermaster positions throughout the years.

John had many different professions throughout his lifetime, retiring as a delivery driver for Mrs. Mac’s Baking Company in Newark. He was an avid golf fan as well as a seasoned golfer himself well into his golden years. Known for his quick wit and sharp sense of humor, he enjoyed his word puzzles and always had a joke ready to make everyone around him smile.

John is survived by his loving daughter Theresa Bogda. He leaves behind his grandchildren Patricia Bogda and Christopher Bogda, Lauren Quinn, and Kristin, Erin and Ryan Finnigan. He is also survived by his great grandchildren Kelly and Michael Quinn. He is predeceased by his beloved wife Ida (Betty), and his two sons Andrew and Richard Finnigan.

To order memorial trees or send flowers to the family in memory of John Finnigan, please visit our flower store.