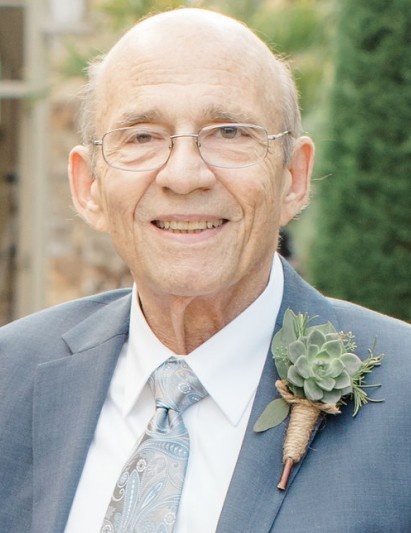 Funeral is from the Galante Funeral Home, 54 Roseland Ave. Caldwell on Friday September 14 at 9 AM. A Funeral Mass will be celebrated at St. Aloysius Church, 219 Bloomfield Ave. Caldwell at 10 AM. Entombment will follow at Holy Cross Cemetery. Visitation is on Thursday September 13 from 5-8 PM at the funeral home.

John was born on February 1, 1950 in Jersey City, NJ to Teresa and John De Laura. After living in Hoboken, his family moved to Caldwell in 1960, where he graduated from James Caldwell High School in 1967. He received his undergraduate degree in Accounting and Finance from Bloomfield College and later received his master’s degree in Federal Taxation from the Washington Institute for Graduate Studies. He was the president of his own accounting and financial planning firm, John P. De Laura, CPA, P.C. for almost 40 years – since 1979. He was a long time member and president of the Lion’s Club in Randolph, NJ.

John loved the outdoors and in his youth he could be found fishing. He was quite the handyman and took pride in completing all types of household projects. He was always eager to learn something new and recently took up studying Italian. He was a passionate supporter of causes he believed in, which included medical research and animal welfare. His family and friends will remember him for his humor and wit.

John is survived by his wife Bette, his daughter Caitlin and his son-in-law Kevin. John is also survived by two sisters, Elizabeth and Sharon, his brother-in-law Joseph, and nieces and nephews: Joseph, Michael, Benjamin, Tara, Joynani and Ikaika. John will be forever remembered by his extended family and dear friends. In lieu of flowers, memorial donations in memory of John can be made to The American Kidney Fund or the American Society for the Prevention of Cruelty to Animals (ASPCA).

To order memorial trees or send flowers to the family in memory of John De Laura, III, please visit our flower store.