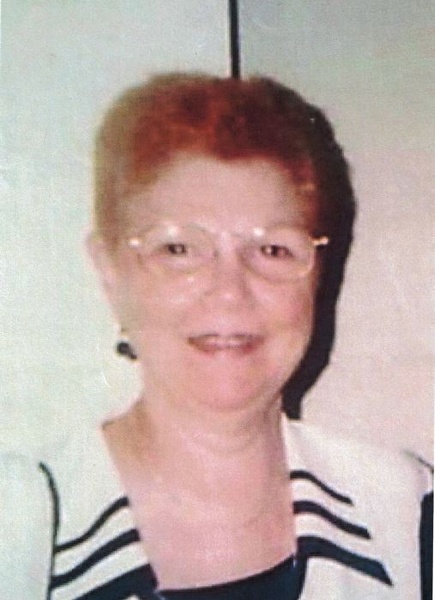 A visitation will be held on Wednesday from 4 to 8 pm at the Galante Funeral Home, 2800 Morris Avenue in Union.

Funeral Mass will be celebrated at St. Michael’s Church in Union on Thursday  10:15 AM.

Interment to follow at Hollywood Memorial Park in Union.

Joanne was born to George Flynn and Jean Seme in Newark. She went to the First Avenue Elementary School and graduated from Central High school. She and her younger brother George moved to Union with their parents when they bought a house on Academy road in Union. Her father George was a hard working construction electrician and her mother, Jean, was a housewife. Joanne’s occupation was that of a secretary. She was employed by Bell Telephone Company in Newark, American Standard Plumbing and Heating in Springfield, and later for Gorton Heating in Cranford. Joanne married her husband of almost 53 years, Joseph Willmore from the Bronx, NY on July 31, 1965.

Joanne was a loving wife to Joseph and a loving and caring mother to her three sons, Joseph, James, and John, as well as to her daughter in-law Lynn. Joanne was always a very supportive person, a great friend and a great listener. Joanne always put the wishes of others before her own. She exhibited that concern for others through her generous giving to charity, especially charities for people with special needs.

To order memorial trees or send flowers to the family in memory of Joanne Willmore, please visit our flower store.