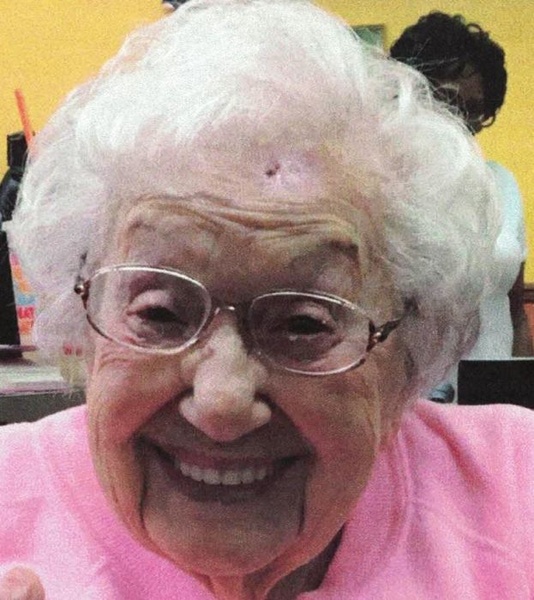 surrounded by her loving family.

The funeral will be from the Galante Funeral Home 2800 Morris Avenue in Union on Wednesday at 9:45 am..

The funeral Mass will be in St. Michael Church in Union at 10:15 AM.

Entombment will follow in Hollywood Memorial Park also in Union.

Born in Pretare, Italy she came to Newark in 1934, and lived there

until she moved to Union 40 years ago.

She was a shipping clerk for Durex Corporation In Union for over 30 years retiring 6 years ago.

She was the devoted daughter of the late Paola (nee Ciccolini) and the late Rocco Perla.

She is survived by her loving sister Loretta Nole and her husband Vito,

and predeceased by her late brother Peter Perla,

and her sisters Leonella Valeri, and Esther Galante.

She is also survived by her 10 nieces and nephews and 12 great nieces and great nephews.

In lieu of flowers the family prefers that

To order memorial trees or send flowers to the family in memory of Joanna Grieco, please visit our flower store.