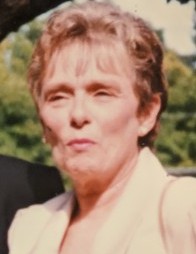 Joan C. DeFilippo (nee Hary), 82 passed away peacefully at Morris View Health Care Center in Morris Plains on January 13, 2019. Relatives and friends are invited to attend a visitation for Joan at the Galante Funeral Home, 54 Roseland Ave. Caldwell on Thursday from 7-9 PM, with a funeral service being celebrated at 8:30 PM. Burial will take place on Friday morning at Prospect Hill Cemetery in Caldwell, with a graveside service being held at 11 AM. Born in New York City to John and Katherine (nee Matlock) Hary, Joan grew up in Newark, graduating from Barringer High School in 1955. After residing in Livingston from 1966-1988, Joan lived in Plainfield, and throughout Morris County before settling in Mendham several years ago. Joan worked as a home health aide, a position she held near to her heart.  She also worked for a time as an administrative assistant for Pfizer Pharmaceuticals.  Joan was a world traveler, and someone who was always up for an adventure. A fierce lover of animals, she cared for others' pets as they were her own. Joan had a great affection for donuts, enjoyed buying something new on QVC, seeking treasures at antique stores, and had fun playing the lottery, although her greatest win was caring for her children and grandchildren, treating them to endless love, and to many delicious meals. Joan is survived by her loving children, whom she always put first, supporting them in whatever they did; Vincent DeFilippo and his ex-wife Terri DuBois, John DeFilippo and his wife Wendy, Robert DeFilippo and his wife Kim, and the late Daniel DeFilippo. She was the dear grandmother of Lucia, Daniel, Christopher, Alexander and Gabriella DeFilippo; and great-grandmother of Siena Breslauer. She is also survived by a sister, Judith Simiele, and was predeceased by her sister Kathleen LaBrunda.  Joan was also predeceased by her beloved pets, a dog Muffin and her cat Onyi. In lieu of flowers, donations in Joan's memory may be made to The Valerie Fund via Team Gabby's Gift, 2101 Millburn Ave. Maplewood, NJ 07040( www.thevaleriefund.org/Walk2019/team.php?team=1491 )

To order memorial trees or send flowers to the family in memory of Joan DeFilippo, please visit our flower store.

Graveside Service at a later Date