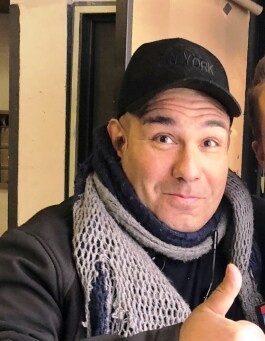 Relatives and friends are invited to attend a visitation for Jeffrey at the Galante Funeral Home, 2800 Morris Ave. Union on Friday from 6-8 PM. Guests are reminded to wear a mask while inside the funeral home, and maintain social distancing when possible.

Born in Newark, Jeffrey lived in Rahway for several years. He owned and operated JC Trucking, and was well known and respected as a dedicated installer of vending machines and services. Jeffrey was deeply devoted to his family, and would give the shirt off his back to someone in need. He enjoyed cruising in his antique Cadillac, and going on fishing trips.

Jeffrey was deeply loved by all who knew him, and will be forever missed.

To order memorial trees or send flowers to the family in memory of Jeffrey Cadete, please visit our flower store.